The Hooded Men: torture, lies and a quest for justice 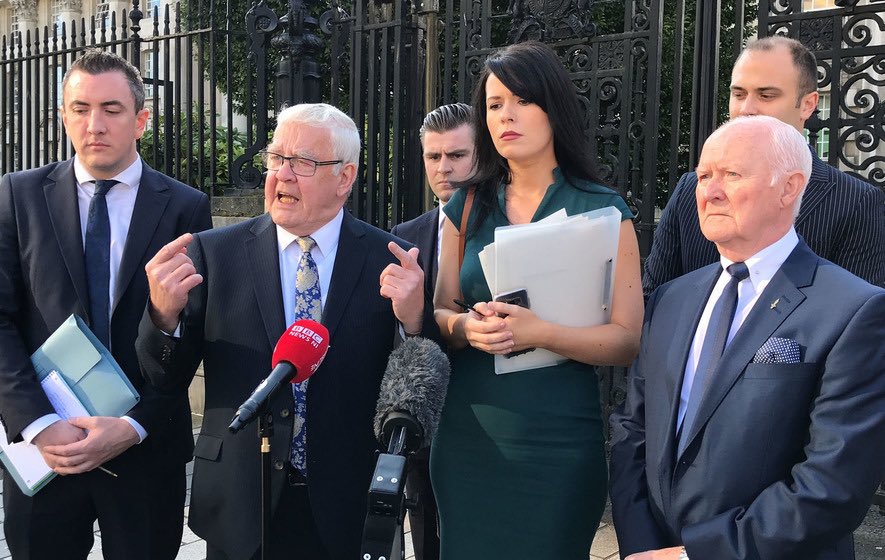 Who are the ‘Hooded Men’?

During the Troubles in Northern Ireland, the UK government arrested hundreds of men as part of “Operation Demetrius” in the summer of 1971.

342 people were interned (imprisoned without trial) as part of the Operation.

14 men were chosen for 'special treatment' and were taken to a secret interrogation centre. The men were forced to wear hoods and thrown to the ground from low-flying helicopters while hooded. These 14 men became commonly known as the 'Hooded Men'.

On top of brutal beatings and death threats, the men were then subjected to what would become known as the five techniques, authorised at a high level:

None of the 14 men were ever convicted of any criminal offence.

When allegations of this abuse first arose, we sent a research mission to investigate – our first on UK soil.

What we discovered was shocking. The men were severely beaten, and when they collapsed, the beatings would start again. Some were still black and blue with bruises. Some felt they were on the brink of insanity – one alleged he tried to kill himself by banging his head against some metal piping in his cell.

Our findings were clear: this was a case of brutality and torture by the British state.

The Hooded Men have been denied justice for too long. In light of the failure to investigate the new claims, the men again took a Judicial Review in the High Court in Belfast on 18 April 2018.