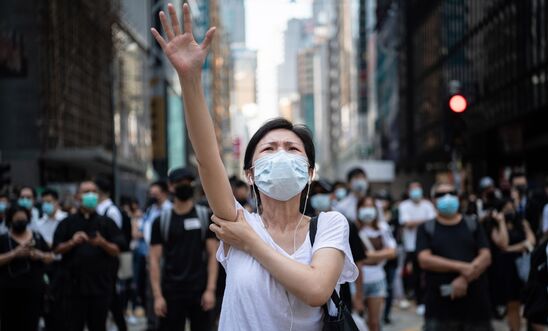 In 2019, pressure from the millions who took to the streets of Hong Kong and the actions taken by thousands of people around the world forced the Hong Kong government to drop the controversial Extradition Bill.

China routinely targets anyone who speaks out against it – including human rights defenders and activists – by saying that it’s in the interest of ‘national security’.

That often means that people who are peacefully calling for change or simply disagreeing with the government’s approach are targeted, secretly detained and put on trial without access to a lawyer – and many are at risk of torture.

Since major protests began last year, police have used tear gas and batons against largely peaceful protesters – and many have been arrested on vague charges.

Now the people of Hong Kong are forced to take to the streets again to protect their rights.

The National Security Law must make sure that any legal changes would meet human rights law and standards.