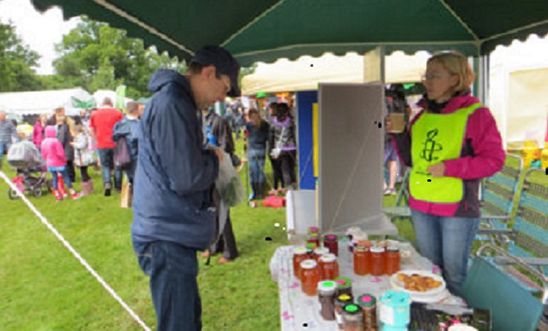 The home made Apple Chutney, Jams and Marmalade were very popular with locals who visited the Watford Amnesty International stall at Croxley Revels in Croxley Green on Saturday 22nd June.

Despite the wind and the showers we had quite a good response to the petitions on our stall for the people of Zimbabwe and for an Egyptian, Ahmed Douma, who was given a six month prison sentence for “insulting the president” and has now had new charges brought against him.  It was interesting that his case was reported on the BBC1 radio news at 1.30pm today (Friday, 28th June).