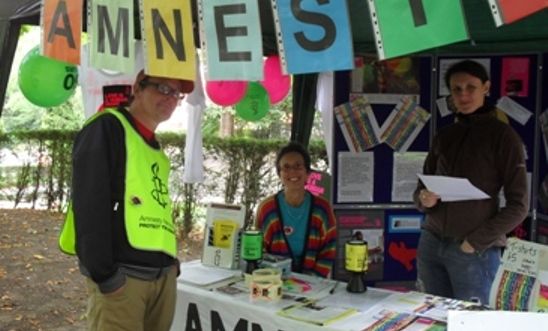 Our stall took on a rainbow theme at Swindon Pride

This was our second year taking part in the Swindon Pride event, and we had a hugely positive response from event-goers. We had several actions for people to take part in, including a petition calling on the Turkish authorities to draw up laws preventing discrimination on grounds of sexual orientation and to punish perpetrators of homophobic attacks.