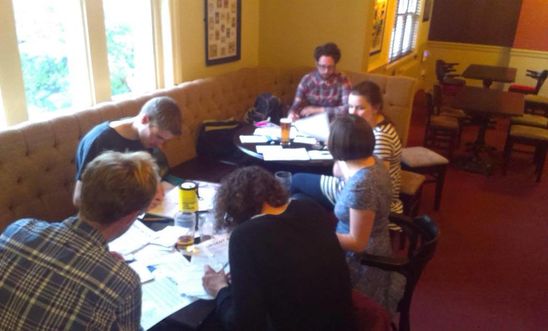 Following the success of the July gathering - 33 letters to Mozambique, Russia, Serbia, Iran, Sudan, North Korea and China – we’ll be back at the University Arms upstairs room doing the letter writing thing. Come along and join in, we’ll even provide the pens. We’ll have an Amnesty collecting tin on the table (and be writing letters) so hopefully easy to spot.

We're also back to our usual meeting schedule in September. On Wednesday the 9th from 1915 at the Quaker Meeting House on St James Street Philip Ireson, a former prison chaplain, will talking about his experiences working in prisons and his views on the Human Rights of Prisoners in the British Penal System