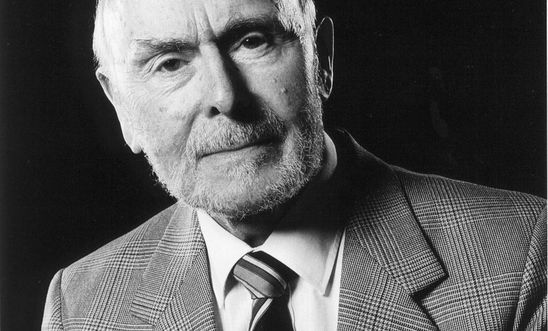 Derek Stirman - Founder of the Isle of Wight group

Amnesty International was founded by Peter Benenson in 1961, following the publication of "The Forgotten Prisoners" in The Observer on 28 May 1961. Amnesty International is a non-governmental organisation that draws attention to human rights abuses and campaigns for compliance with international laws and standards. It works to mobilise public opinion against governments that violate the United Nations Charter of Human Rights. It was awarded the 1977 Nobel Peace Prize for its campaign against torture. In 1978 it was awarded the United Nations Prize in the field of Human Rights. It has over 3 million members and supporters around the world and is believed by many to set the standards in the field of human rights.

In 1962 the Isle of Wight Group was founded by Derek Stirman, who is now our Life President. Some of the members who joined in the early years are still active today and together with newer members they have ensured that the Island Group continues to be effective. The Group has consistently been among the top fundraising groups in the U.K. and has donated in excess of £260,000 to the U.K. Section.

The Isle of Wight Group was named “UK Group of the year” in 1999 for its campaigning and fund raising efforts. In January 2011 it was officially named as the longest serving group in the Southern Region. Amnesty International UK director, Kate Allen, congratulated the group on its achievement and paid tribute to the members for their hard work and dedication.

There are over 60 local members and over 200 national members on the Island but the group always welcomes more active members. We meet at 7:30 on the first Friday in each month in Newport.


HOW CAN YOU HELP?

We would be pleased to have your support with any of these campaigns.  It is not essential to attend the group meetings to take part in our campaigns, as these can be effectively undertaken from home.  Full instructions are provided with each action.

Campaigning for Individuals at Risk. The Isle of Wight Group adopts a "prisoner of conscience" i.e. someone who is imprisoned for his/her beliefs or race, provided they have not used nor advocated the use of violence. We support him/her with messages of encouragement and appeals to the authorities for his/her release.  Where possible, contact is also made with the family. Prisoners of conscience are frequently at risk of torture and the Group sends urgent appeals on their behalf.

Currently we are working on behalf of Dr Tun Aung, a Burmese community leader, who has been sentenced to 17 years’ imprisonment after an unfair trial.

He was arrested following riots between Rakhine Buddhists and Rohingya Muslims in Maungdaw, a town in western Burma, in June 2012. Independent eyewitnesses confirm that Dr Aung actively tried to calm the crowd during the rioting and played no role in the violence. Nevertheless, he was convicted of inciting riots and various other criminal offences.

It is likely that the authorities were looking for people to blame in the aftermath of the violence and Dr Aung may have been targeted because he is a Muslim community leader. We consider Dr Aung, who suffers from a pituitary tumour and may not be receiving the medical care he needs, to be a prisoner of conscience.

Campaigning against the Death Penalty.  Amnesty International is opposed to capital punishment.  This form of punishment is not an effective deterrent and miscarriages of justice cannot be rectified. The Isle of Wight Group campaigns against the death penalty in general and undertakes urgent actions (appeals by mail, email, fax etc.) on behalf of prisoners in imminent danger of execution.


Campaigning for Women’s Rights. This campaign demands that governments in other countries, and here in the UK, change laws and policies that discriminate against women.  The Group urges governments to prevent violence against women.

Country and Regional Campaigning. Currently we are campaigning on various human rights related issues in North America and the Caribbean (NAMCAR).

Business and Human Rights. This commitment for the Group focuses on the human rights impacts of business activities.

Other Amnesty activities in which the group is involved :

Publicity  - The aim is to highlight the violation of human rights both nationally and internationally and to bring to the attention of Islanders the work and programmes of our local group.  We send monthly reports for the Isle of Wight County Press and keep in touch with other local media.  Regular venues for exhibitions are the libraries, Newport Minster and the Island's college and schools.  Talks are given to the VI Form Campus.

In 1989 an oak tree was planted in Ventnor Botanic Garden and dedicated to all prisoners of conscience.  Each summer local Amnesty supporters gather beside the tree for a music and poetry picnic.

Fundraising - Street collections, music concerts and other entertainment combine both fundraising and publicity.

YOU CAN BE SURE OF A WARM WELCOME AT ANY OF OUR MEETINGS, PUBLICITY EVENTS OR FUNDRAISING EVENTS.

WHY NOT JOIN THE ISLE OF WIGHT GROUP?

YOU CAN MAKE A DIFFERENCE

Back to Isle of Wight