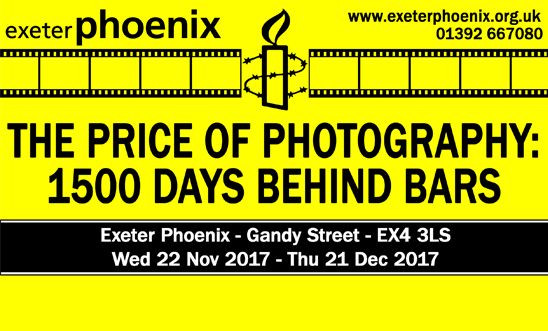 The Price of Photography: 1500 Days Behind Bars is an exhibition of photojournalistic artwork by Egyptian prisoner of conscience, Mahmoud Abu Zeid (known as Shawkan), who is now paying the price for his peaceful work and is on trial. He risks the death penalty.

The exhibition is being held in The Walkway Gallery of Exeter Phoenix from 22nd November to 21st December 2017.