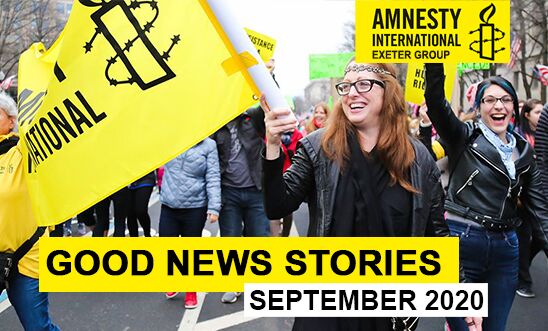 Cuba: Prisoner of Conscience Released
Roberto de Jesús Quiñones Haces, Cuban lawyer, independent journalist and prisoner of conscience, was released from prison on 4 September 2020, after serving his one-year sentence. Although it is good news that Roberto is finally home, his conviction and imprisonment for merely expressing his opinions, should have never happened. We will continue to monitor the situation after his release.

Whilst working for the news website Cubanet, Roberto was convicted and sentenced August 2019 by the Municipal Court of Guantánamo for resistance and disobedience. He remained in prison until his release, on 4 September 2020.

During his detention since September 2019, Roberto Quiñones Haces regularly reported the prison conditions in which he was held. On 31 March, he wrote in Cubanet that even though prison authorities implemented certain measures regarding COVID-19, “the quality of the food is still deplorable. Despite reports of the vulnerability of older over 60 adults to COVID-19, many of them are kept in cubicles where they live in overcrowded conditions with almost two dozen people.”

In countries such as Cuba, activists, including political activists, independent journalists and human rights defenders are regularly imprisoned solely for their consciously held beliefs. These individuals should not be in prison in the first place and should be immediately released. Amnesty International has found that the disproportionate and arbitrary use of the criminal law, campaigns of state-sponsored discrimination against those who dare to speak out, coupled with discriminatory dismissals from state-employment, and the lack of an independent judiciary to challenge this, create a profound climate of fear in the country.

On 20 August, the Inter-American Commission on Human Rights’ Office of the Special Rapporteur condemned the prison sentence against journalist Roberto Quiñones and expressed concern about the persistence of criminalization and harassment against communicators and human rights defenders in Cuba.

After his release, he deeply thanked Amnesty International for all the support and hard work on his behalf and reconfirmed his commitment to defend independent journalism and freedom of expression in Cuba.
Read more here.

Italy: Good News for Asylum Seekers
The Italian government has restored some humanity to its immigration and asylum system. Last week, the council of ministers adopted a decree that reverses many of the worst policies imposed by the previous interior minister and current leader of the anti-immigrant League Party, Matteo Salvini. The decree isn’t perfect, but it’s a step in the right direction.

The decree, adopted October 5, essentially re-establishes in Italian law the residency permit on humanitarian grounds that Salvini abolished in 2018, now called “special protection.” This two-year permit is for people who don’t qualify for asylum, but who shouldn’t be sent away because they would face a risk of torture or inhuman or degrading treatment. The permit is also for people who have family and social links in Italy, or who suffer from serious physical or mental health issues. By one estimate, more than 37,000 people became undocumented since 2018 because humanitarian permits were abolished.

While the previous government restricted the nation’s reception system to recognized refugees and unaccompanied children, the new decree opens the doors to asylum seekers awaiting a decision. It also ensures asylum seekers have the right to register with the city hall where they live, since a Constitutional Court ruling this past July found the denial of this right made it “unjustifiably difficult for asylum seekers to access the services to which they are entitled.”

One large blot on the decree is the failure to take a clear stand against criminalization of humanitarian activities. The government chose to reduce from 1 million to 50,000 euros, rather than eliminate, the noxious fines on ships that perform search-and-rescue at sea. Last year, six United Nations human rights authorities called on Italy to incentivize rather than discourage shipmasters from fulfilling their moral and legal obligation to respond to ships in distress. The current government has delayed disembarkations and impounded rescue vessels on administrative grounds.

Parliament will have a chance to correct that, and make other improvements, when the decree is submitted for parliamentary oversight.  Read more here.

Iran: human rights defender released
Morning of October 8th, human rights defender, Narges Mohammadi was released from prison in Iran, after thousands of Amnesty supporters took action demanding her release. Narges was facing a 16 year prison sentence. Since June, her health has been declining and she has shown symptoms of coronavirus, but was denied health care.

Following a huge amount of support she has been reunited with her husband and she can now receive the health care she requires.

Narges is a distinguished Iranian human rights defender, a supporter of the anti-death penalty campaign Legam (Step by Step to Abolish the Death Penalty) and vice president of the Centre for Human Rights Defenders in Iran. She was arrested in May 2015 and take to Tehran's notorious Evin prison.

The court sentenced her to ten years’ imprisonment on the charge of 'founding an illegal group’ for her involvement with Legam. She also received a five year sentence for ‘gathering and colluding to commit crimes against national security’, and one additional year for ‘spreading propaganda against the system’.

The court used as ‘evidence’ interviews she gave to international media and her March 2014 meeting with the European Union’s High Representative for Foreign Affairs and Security Policy. In September 2016, Branch 26 of the Tehran Appeals Court upheld a 16-year prison sentence against Narges for the charges of: membership in the Defenders of Human Rights Center, assembly and collusion against national security, and for propaganda against the state.

The barbarous prison sentence comes after having suffered years of harassment punctuated by intermittent periods in detention, which have inflicted a devastating toll on Narges' health and has emotionally scarred her two young children.

The authorities had denied Narges Mohammadi the right to have access to her children. Her nine-year-old twins had to move abroad to live with their father as there was no one to look after them in Iran.

Narges had been repeatedly hospitalised since being imprisoned in May 2015. She has been critically ill, suffering from a pulmonary embolism (a blood clot in her lungs) and a neurological disorder that has resulted in seizures and temporary partial paralysis.

Her husband, Taghi Rahmani, called on Iran’s judiciary to release Narges after she was rushed to hospital in August 2018. Earlier this year, she started showing Covid-19 symptoms, putting her life at risk.

On the morning of Thursday 8th October, Narges was finally released from prison and reunited with her husband. Thank you to everyone who took action to call for her release.  Read more here. 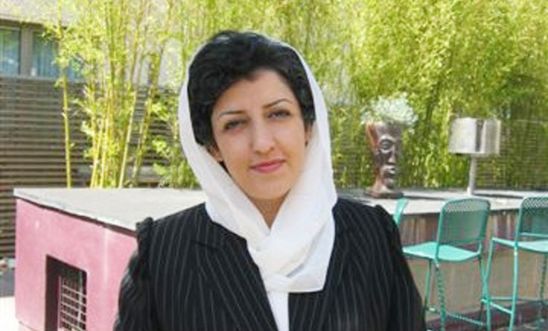