Argentina
President Alberto Fernández is to present a new bill to Congress on legalising abortion across Argentina - a campaign pledge delayed by the coronavirus outbreak. He says the measure will help save lives, as every year almost 40,000 women are treated in hospital after botched illegal procedures. Abortion in Argentina is currently allowed only in cases of rape, or if the mother's health is in danger. It is largely prohibited across Latin America, except in restricted cases.

Mr Fernández, who was sworn in as president in December last year, had previously described abortion as "a matter of public health". In 2018, the Senate rejected legalising abortion up to 14 weeks of pregnancy. Back then, the government did not back the proposal, and the Catholic Church was strongly opposed. Many Argentines who have protested in their thousands for reform are hoping that the president's support this time will be decisive. The debate surrounding abortion in Argentina was reignited last year, when an 11-year-old rape victim gave birth by C-section.

The girl, who had been raped by her grandmother's 65-year-old partner, had requested an abortion but the procedure was repeatedly delayed over questions about the identity of her guardian.

Cuba, Uruguay and Guyana are currently the only Latin American countries to permit abortion in the first weeks of pregnancy. While some other countries allow abortion in the case of rape or risk to the mother's life, it is completely banned in El Salvador, Honduras, Nicaragua and Haiti. In El Salvador, dozens of women have been imprisoned for the deaths of their foetuses in cases where they say they suffered miscarriages or stillbirths.

If the bill is passed, Argentina - an overwhelmingly Roman Catholic nation - will become the largest country in the region to legalise abortion.
Read more here...

Jordan
On 28 July 2020, the Jordanian criminal court deemed Tujan al-Bukhaiti, “not guilty” over charges of “blasphemy” and “insulting religious feelings” in relation to her social media posts. Tujan had been on trial over a lengthy period of eight months after the Jordanian Cybercrime Unit filed a complaint against her Facebook posts discussing religious and cultural issues.

On 28 July 2020, the Jordanian Juvenile court deemed the 17-year-old Tujan a Yemeni refugee “not guilty” over charges of “blasphemy” and “insulting religious feelings”, in relation to her social media posts discussing religious and cultural issues. The decision is still open for appeal.

Her trail started on 16 January 2020 and lasted eight months including during the school year. On 19 December 2019, she was called in for questioning by the Juvenile police following a report by the Jordanian Cybercrime Unit. Police interrogated her without the presence of her lawyer and parents, violating her fair trial rights.

Tujan expressed to Amnesty International her thanks to everyone who participated in the urgent action saying:

“The verdict is preliminary and is open for appeal. While the court has deemed me not guilty, it has also decided that what I shared on my social media does ‘insult religious feelings’. This means the danger is not over. Despite being deemed not guilty, this case has become bigger than a few court sessions. After the school published a statement accusing me of spreading toxic opinions insulting religious feelings, I remain, along with my mother and family, a target for harassment and intimidation by individuals and groups. I thank Amnesty International for its continuous efforts in the many stages of this case.”

Amnesty International will continue to monitor Tujan’s case who remains at risk of re-trial in case of appeal, and of harassment and intimidation by individuals and groups who oppose her views.  Read more here... 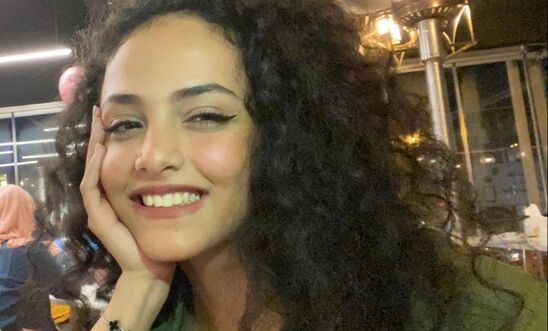