Human Rights in Turkey: The case of Ferhat Gerçek 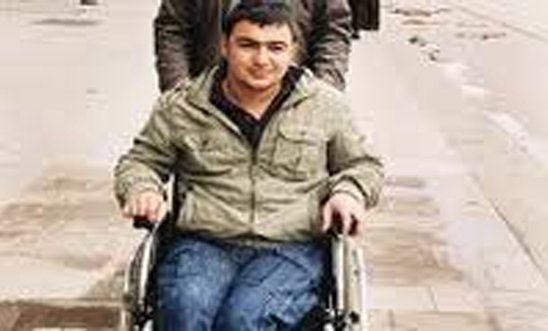 JUSTICE FOR VICTIM OF POLICE BRUTALITY.

In October 2007, just days before his 18th birthday, Ferhat Gerçek was shot by police. As a result of his injuries he is now paralysed from the waist down. Ferhat had been with a group selling a left-wing magazine when he was stopped by police. A dispute ensued and the police opened fire and shot Ferhat in the back. Police officers present claimed that they were only firing warning shots in self -defence. The indictment into the case contains claims that the bullet that hit Ferhat had ricocheted and was not a direct shot, based on the fact that the recovered bullet was deformed. Whilst seven police officers are facing trial for their use of force, flaws in the investigation into the shooting mean that the person who shot Ferhat Gerçek might not face justice.

In addition, Ferhat Gerçek and another five people are being prosecuted in connection with the incident and could face in excess of 15 years in prison if found guilty. While the case is being heard Ferhat is on bail. Ferhat Gerçek’slawyer told Amnesty International that police officers delayed the ambulance taking Ferhat Gerçek to hospital. There is lack of reliable information as to exact the time of the shooting and whilst the indictment contains a time log of the movements of the ambulance, it does not contain the evidence needed to substantiate or refute this claim. His lawyer also reported that the prosecutor did not conduct a crime scene investigation, which should have happened under normal criminal procedure.

Statements were taken by the prosecutor from Ferhat Gerçek as a “suspect” and from the police officers as “victims”. These statements were taken on 14 December 2007, two months after the incident. The indictment into the case names Ferhat Gerçek and seven police officers as both victims and suspects: Ferhat Gerçek is facing four separate charges of ‘breaching the laws on assembly and demonstrations’, ‘resistance to public servants carrying out their duties’, ‘insulting a public servant’, and ‘criminal damage’. The officers are facing a single charge of ‘wounding with intent as a result of excessive use of force’

The lack of such evidence raises questions concerning the thoroughness of the investigation of the circumstances of the shooting. No police officers are known to have been suspended because of their involvement in the incident. The first hearing of Ferhat Gerçek’s trial took place on 26 December 2008.

The case continues to be heard, but has made little progress for different reasons such as that the judge presiding has been replaced every next session, forensic evidence concerning the 'ricocheted' bullet is slow to come forward and there is uncertainty  as to which court will deal with the case. Ar present the Supreme Court of Appeals 5. Penal Section will first have to decide on the jurisdiction.

Defence lawyers are  waiting for presumed existing, recently discovered, CVTT footage of the incident to be released.

Ferhat’s case relates to that of Engin Çeber. Engin Çeber was arrested in october 2008 after taking part in a protest against the police shooting of Ferhat. He was beaten by police in custody and died from his injuries.

Ferhat’s lawyer has told Amnesty that Ferhat has received a massive number of messages through the AI solidarity action and these have been very important for his morale. He is very aware of Amnesty’s support and follows with interest our campaigning. His lawyer tells us that Ferhat is feeling well and that he is busy with computers and reading lots of books. He is also closely following the struggle for democracy in Turkey and attended all the hearings in Engin's case.