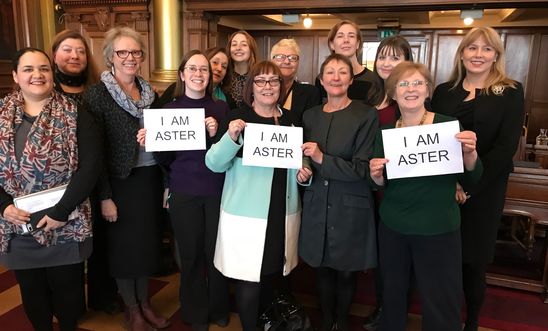 Aster Fissehatsion (born 1951) is an Eritrean politician and the former wife of former Vice-President of Eritrea, Mahmoud Ahmed Shefiro. Prior to her arrest she was Director of the Eritrean Ministry of Labour and Social Affairs.

On 18 September 2001, she was detained indefinitely along with other politicians of G-15, a group which opposed  the border war of the then president, Isaias Afewerki and all had signed an open letter. She was the only woman out of the 11 who were detained and out of the 15 who opposed, three fled the country and one withdrew support. Aster along with the 10 leading politicians have been detained in an unknown location ever since.

She is considered to be a prisoner of conscience by Amnesty International.