Our vigil was noticed 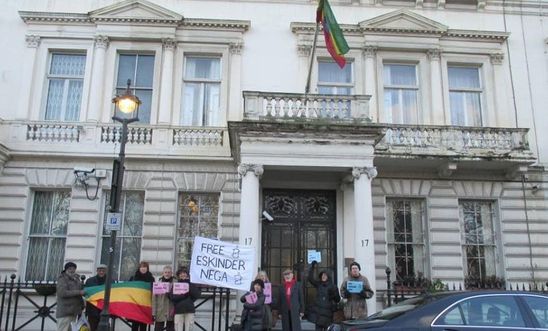 Members of our group were joined on Saturday by Ethiopians and other Amnesty activists from across London at our vigil for Eskinder Nega.

As you see from the photo we stood outside the Ethiopian embassy and our point was made ..... the embassy phoned the police who arrived and asked us to move.  We obliged and went to the pavement of the main road where we were noticed by numerous passers by.

Eskinder Nega is a journalist who was sentenced to 18 years in prison in 2012 after he criticised the Ethiopian government in speeches and articles.  This makes him a Prisoner of Conscience, and we adopted him in late 2014.  We will continus to campaign for him.