Write for Rights 2015 in Chelmsford 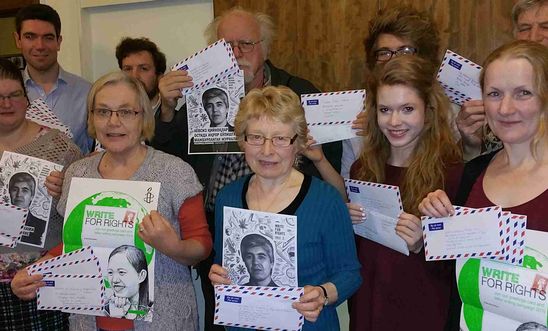 Write for Rights 2015 letter writing evening went well
10 of us met yesterday (8 December) and wrote 40 appeal letters to authorities in 13 countries. The authorities have the power to remedy abuses suffered by people featured in the Write for Rights campaign.

This is a photo recording the event and featuring Muhammad Bekzhanov in Uzbekistan. Muhammad is one of the world's longest imprisoned journalists.

We're delighted that the Essex Chronicle published the story on 31 December.