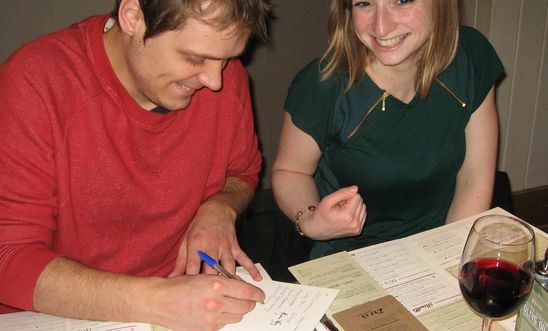 Ever since January 2013 we have written at every monthly meeting to the US ambassador demanding a fair trial or Shaker Aamer's release.
We have never had an acknowledgement. We've also tweeted @USAinUK. Still nothing.
Last January, we sent the ambassador an anniversary card as we'd been writing to him for exactly a year.
Shaker has been in Guantánamo Bay since Valentine's Day 2002. For 13 years he's been incarcerated there, despite Presidents George W Bush and Barack Obama promising he would be freed.
Last month, Mr Cameron reportedly raised Aamer’s case in face-to-face talks with Barack Obama, who reportedly said US authorities would “prioritise” the case.
It's high time it was.
Please sign the petition calling on the UK prime minister, David Cameron, and US President Barack Obama, to return Shaker to the UK immediately, unless he is to be charged and brought to fair trial.