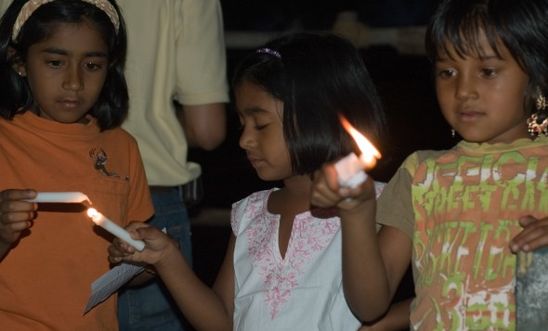 The realization that this is my last blog of 2014 put me in a pensive mood. Cumulative experiences over the years (yes, getting old!) make me realize that though you can rail against injustice and evil, and you must fight for what you believe in with all your might, the juggernaut that is life appears to grind inexorably on.

I recall stories of the Second World War. My parents trekked through the Burmese jungle to escape the advancing Japanese army. They returned to their beloved Burma, now Myanmar, after the war, to find that Indians were no longer welcome there. Twice refugees. Twice homeless in India, my grandfather’s philosophy was never to buy land or a house. You can lose everything in a flash. My husband, with family origins firmly rooted in Kerala for millennia, has a feeling of complete security is his heritage. As churches are set aflame and Christians attacked, for the first time in my life, as an Indian, grandmother’s tales of insecurity return. They are coloured by the new reality. Not merely stories any longer.

I’ve always been fascinated by the kaleidoscope life presents. The horrendous massacre of the innocents in Pakistan is almost too much to bear. I shudder at the thought of those poor children. Hope comes when I see pictures of Indian children praying for the Pakistani schoolchildren.

I pause in remembrance of the young girls kidnapped in northern Nigeria. Will they survive?

Even as the news of the massacre numbs the world, I find signs of hope in the marriage of young, traditional Hindu Mahesh with modern Jewish-born Sophie. No doubt, their ancestors will be somersaulting in their graves, but these two people have chosen to surmount barriers of culture, country, religion and upbringing, to start a new life together. That’s courage. We wish them luck.

In India, we are going through turbulent times. Hindutva fanatics plan to honour Nathuram Godse, Gandhi’s assassin. Godse was a ‘national hero’, a ‘martyr’, they insist. To the average Indian, this logic is incomprehensible. As impossible to understand as the minds of the militants who massacred the Peshawar children. I see weird parallels between Islamic jihadists and Hindutva fascists. Both groups would be offended by the comparison, I’m sure.

We continue to hear endless rape stories. I sense a new climate of fear, after a woman was raped by a cab driver last week. No, it’s just that rape is now making headlines, insist others. Not that there’s more rape now than when I was a kid. Rema Devi confirms my view. Young women arriving for her son’s wedding want to be met at the airport. They don’t trust cabbies any more. A few resourceful, social activist women have started cab companies with women drivers for women passengers. I am sad that after 40-plus years of feminism, we are regressing back to segregation. In a sense, arguably no doubt, I feel defeat. To me, it’s a move backwards. We are seeking safety in women-only buses, trains and taxis. But it’s the only solution currently on the horizon to keep women safe. And so I salute these intrepid women cabbies.

As we head into 2015, I renew the prayer for peace. I recall a Seventies poster. It went something like, ‘If there must be a war, let it be now, so that my child may know peace.’

I would add a prayer for an end to hatred, intolerance, bigotry, injustice, poverty. That of course, sounds like a fool’s prayer for an impossible dream. But what else can we do except reach for  the  stars? Hope is, after all, the only thing we can offer the children.