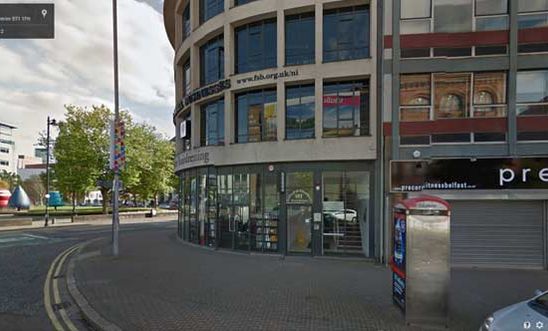 3. Minutes: Minutes of the 14 April meeting were accepted and the Chair thanked Beatrice for her useful survey of votes on AIUK AGM resolutions.

i) May Day Rally, Belfast:

Several group members had participated in the annual May Day rally in Belfast and carried the Amnesty banner. This was seen as a positive engagement of solidarity by group members. Some discussion took place at the group meeting as to the nature of Amnesty’s participation and about the structure and organisation of the rally event itself. Some members thought that an AI stall and action (e.g. a petition) might be appropriate next year and others thought that more activity might be scheduled after the meeting. Again, participants wondered whether Amnesty students and students in general had been encouraged sufficiently to take part in the rally. Group members agreed to return to the discussion in due course.

Some group members attended the launch of the Northern Ireland AI-Trade Union Network at the Belfast Unemployed Centre on 8 May. The attendance was somewhat sparse, but nonetheless the network was launched and further developments were envisaged. This initiative emanated from a motion to the AIUK AGM by NIPSA, calling for more systematic networking and working/ campaigning together. Speakers at the launch included Paddy Corrigan and Tom Hedley from AIUK and Brian Moore (Irish Congress of Trade Unions’ Solidarity Committee). In addition, Marian Abu Dheeb was beamed into the launch meeting via Skype and she paid tribute to organisations and individuals campaigning on her father (Mahdi Abu Dheeb)’s behalf – following his arrest, imprisonment and torture by the Bahrain authorities, for his trade union work.  Paul was able to speak to her and promised some targeted postcard writing and sending from the Belfast Group on her father’s behalf.

Action: members at the Belfast Group meeting wrote solidarity postcards on Mahdi Abu Dheeb’s behalf. They were sent off to the authorities the next day.

Claudia facilitated the monthly letter writing action for Rwandan journalist and Prisoner of Conscience (POC),  Agnes Uwimana Nkosi, targeting the Minister of Foreign Affairs and Cooperation. Claudia also informed the group briefly on the situation in the country, twenty years after the genocide there.

- 50% of the current population was born after the genocide, which means they have no personal memory of the events.

- President Kagame started a reconciliation process, drawing upon the example of South Africa. However, there are survivors who report that many of them have ended up living next door to their perpetrators of violence and, since the latter have not asked for forgiveness, this has hampered the process.

- Paul Kagame has been president since 2000 and won 93% of the vote in the last elections. Lack of transparency questions have been raised here.

- Rwanda receives 800million dollars of aid per annum from the international community that has been invested, helping to bring the country to an 8% economic growth figure over the past five years.

-Villages that do not have water or electricity are being reached by optic fibre broadband.

- After the genocide, the population was composed of 70% women, and nowadays the national parliament is made up of 64% women representatives, a world record.

- Many women’s organisations were created after the genocide and they help to raise an awareness of women’s rights and issues, including land and cattle ownership rights.

The group was reminded that the next monthly meeting on 9 June would be addressed by Rona Keen, AIUK’s Country Coordinator on Rwanda.

Carolyn reported that Zimbabwe remains a county wherein organizing peaceful protest can lead to imprisonment. Public meetings too are liable to be disrupted by state officials. Carolyn pointed out also that UK Refugee Week in 2014 included some Amnesty material drawing upon Zimbabwe.

Beatrice sent word to the meeting that no actions or updates were available on Afghanistan this month, but the situation would be monitored for future ones. It was pointed out that Afghanistan had figured in AIUK material targeting the European election and activists could ask appropriate questions at the Euro-hustings taking place in Belfast.

The group expressed its appreciation to Heiko for managing its online presence, especially following the standing down and return to Italy of Barbara. The group expressed its appreciation for Barbara’s input and wish her well in the new occupation.  Heiko informed the group about the new web-site for the Belfast Group and its link with the group’s facebook page.  Group/facebook members were asked to look at the existing facebook page, with a view to moving towards a version that most suited the group. It was noted with interest that an Amnesty Group in Berlin had contacted the Belfast Group though facebook, in relation to work on Zimbabwe.

The Action of the Month focused on LGBTI campaigning as regards Uganda. The group signed a support letter and sent solidarity wishes/personal messages to persecuted individuals.

Paul asked group members to sign an action (on religious intolerance) on behalf of Shi’a community leader, Tajul Maluk, an AIUK POC imprisoned for his religious beliefs and activity. The action targeted the Indonesian Embassy and Government.

Helen gave an introduction to the ‘My Body My Rights’ campaign which focuses on issues of body autonomy, especially in the areas of health, body and sexual life. In the campaign, in April, Amnesty handed over a petition with 280,000 signatures to high level officials at the UN Commission on Population and Development. The petition called on world leaders to protect the sexual and reproductive rights of young people everywhere. Helen also showed a slide show about the experiences of women in Nepal who are suffering from uterine prolapsed. It can be accessed at: https://campaigns.amnesty.org/campaigns/unnecessary-burden#.U3MtOPldXHk

The group members were advised/ reminded that Carmel had agreed to manage the group’s campaigning on this initiative. This new campaign had only just been activated [tonight, in fact] with a meeting at the Human Rights Action Centre, London i.e. AIUK’s HQ.  So, we are in at the start and further activity is anticipated. Of specific note here, as part of the campaigning, the AI Regional Office is holding an activity at Stormont at 5.00-6.30 on Monday 23 June.

People may need car lifts there and/or back, so please let us know if you can help out here. Contact the Amnesty Office also for further details at nireland@amnesty.org.uk  OR ring 02890643000.

Members of the group expressed an interest in making an activity contribution and/or taking part in events in Belfast during Refugee Week (16 - 22 June). There was some concern that we had left too little time for the planning of this, but group members were available and optimistic that some input could be made.

Paul reported to the group that AIUK has launched a consultation which involves groups and networks having some say in the influencing and setting of the strategic goals of the movement for the period ahead – ‘Shaping Amnesty International’s Future 2016-2019’. To this effect, a group meeting (most probably at the 14 July group meeting) will focus upon this activity. AIUK is advising that groups ask a facilitator to chair the meeting.

Helen invited group members (and all) to take part in the Human Rights Consortium’s fund-raising quiz on Wednesday 5 June 2014, 8.00 pm at the Sunflower Bar (behind the Belfast Central Library). Contact Helen at 028 9031 3780 OR Helen@billofrightsni.org for further details.