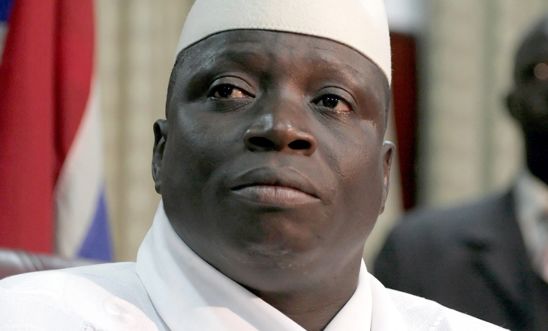 It was already a crime to be gay in Gambia: adults found to have had consensual same-sex relationships faced up to fourteen years in prison, until October 2014 - now it's a lifetime.

An amendment to the country’s Criminal Code toughened existing laws punishing people for the 'crime' of homosexuality in Gambia and lengthened the criminal sentences for those found guilty.

Life sentences for the 'crime' of homosexuality

The Criminal Code (Amendment) Act 2014 introduced the new crime of ‘aggravated homosexuality’ for ‘serial offenders’ and gay or lesbian people who live with HIV – which comes with the punishment of a lifetime in prison.

The Bill was passed by Gambia’s parliament, the National Assembly, on 25 August. Gambia's president, Yahya Jammeh, made the Bill law on 9 October. He did not announce this publicly.

'They threatened to break in the doors. As they could not find me, they also threatened to arrest one of my relatives. They finally left the house promising to kill me if ever they caught me.'
A Gambian woman who recently fled to Senegal to escape being punished for her sexuality

Since 7 November, state forces have launched a homosexuality investigation, leading to at least eight arrests.

Four men plus one 17-year-old boy were arrested by the National Intelligence Agency and Presidential Guards in Banjul, the capital city, under investigation for crimes of homosexuality. They are being held in a secret location without access to a lawyer, and are at high risk of being tortured. By holding the men in detention for more than three days without charging or releasing them, state forces are breaking the law according to Gambia's constitution.

Three women were also arrested in Banjul on 13 November. They said they were beaten in detention and threatened with rape by secrutiy forces. The women have now been released, but the police kept their identity cards and banned them from travelling.

All detainees, male and female, were told that if they did not 'confess' to the charges of homosexuality, a device would forced into their anus or vagina to 'test' their sexual orientation.

State forces are reportedly collecting a list of names for future arrest. Other men and women managed to escape the forces' interrogation as friends and relatives gave them advance warning that security forces would be targeting them.

Our campaign to stop the Bill

Over 30,000 people in the UK took part in our campaign to stop the Bill, by sending an email to President Jammeh or sending a text to sign our petition. We handed a petition with all of these signatures to Gambia's embassy in the UK. Unfortunately the Bill has since become law.

We are continuing to monitor the situation and support individuals whose rights are impacted as a result of the new discriminatory legislation.

Building discrimination into the law

'We know what human rights are. Human beings of the same sex cannot marry or date.'
President Yahya Jammeh

Gambia's national Criminal Code, which punishes anyone who identifies as - or is accused of identifying as – gay or lesbian violates Gambia’s own constitution, which says that all people must be equal and free from discrimination before the law. It also stipulates that national laws must not embed or encourage discrimination.

The law also violates international human rights standards that Gambia claims to abide by, including the African Charter on Human and People’s Rights.

The law comes at a time when the space for free speech in Gambia is rapidly shrinking. This is particularly evident in restrictions on the media, where the government controls what is printed and broadcast.