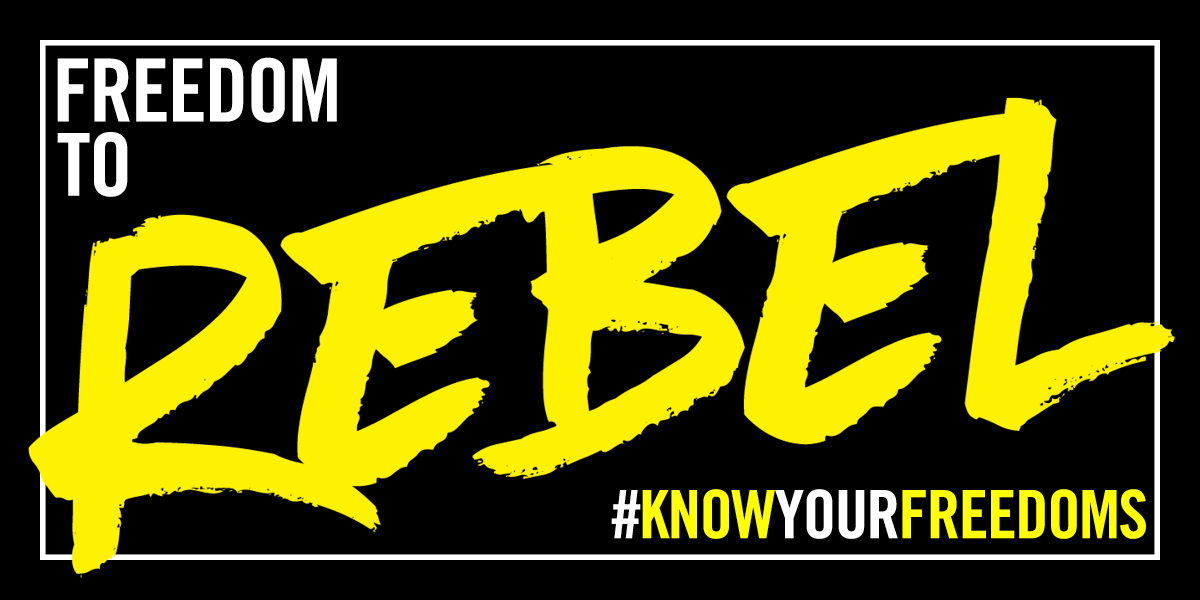 The Freedom to Rebel

In 2017, Germain Rukuki was arrested and sentenced to 32 years in prison for his work championing human rights in Burundi. He was found guilty of "rebellion" among other false charges.

Following hundreds of thousands of supporters like you around the world campaigning for Germain’s release, it was announced earlier this year that his 32-year sentence has been reduced to one year. This means that Germain is expected to be released shortly and reunited with his family, who he has not seen for more than four years.

This is amazing news for Germain and his family, and proof that when we pull. together, our actions have power. You can read more about his case here.

A new Bill giving police sweeping powers - including additional powers to shut down peaceful protests - is going through Parliament. The right to protest is fundamental to a free and fair society, and a central part of the Freedom to Rebel.

What’s more, the Bill stands to make the effects of racial inequality even worse. It proposes to enhance stop and search measures and increase restrictions on the right to roam - both of which target racialised and minoritised groups disproportionately. All people should be able to live free from discrimination, but this Bill looks set to make inequality in our society worse.

We cannot allow the government to jeopardise our Freedom to Rebel. Call on our Prime Minister to put the brakes on the Bill and stop the rights raid. Take action now.

Still want to learn more? Read more about the campaigns and issues we work on here.