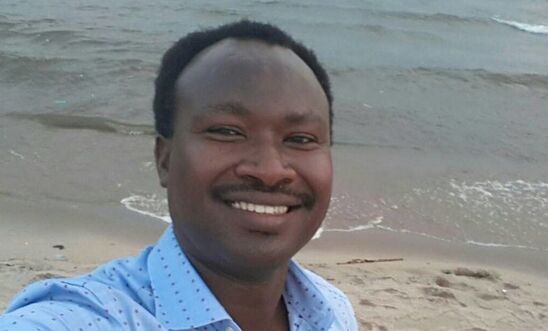 Human rights defender has been subject of intensive Amnesty campaigning

“This is fantastic news, not only for Germain and his family, but also for hundreds of thousands of human rights campaigners around the world who have tirelessly campaigned for his release over the past four years.

“The appeal court’s decision to reduce his prison term from 32 years to one is a step in the right direction. But Germain should never have been jailed in the first place, and his conviction on the charge of rebellion still needs to be quashed.”

Germain Rukuki has spent four years behind bars. He was arrested in July 2017, and in April 2018 convicted by the Ntahangwa High Court in Bujumbura on trumped-up charges of “participation in an insurrectional movement”, “threatening internal state security”, “attacking the authority of the state” and “rebellion”. He was given a 32-year jail sentence.

In a recent (4 June) decision that was only publicly announced yesterday, the Ntahangwa Court of Appeal overturned his conviction for “participation in an insurrectional movement”, “threatening internal state security” and “attacking the authority of the state” - but upheld the conviction for “rebellion”.

With his sentence reduced to one year in prison, the human rights defender is expected to be released soon.

Rukuki’s unjust imprisonment has been the focus of intensive campaigning by Amnesty, including as part of its annual “Write for Rights” letter-writing campaign.