UK Government: Stop the assault on our freedoms 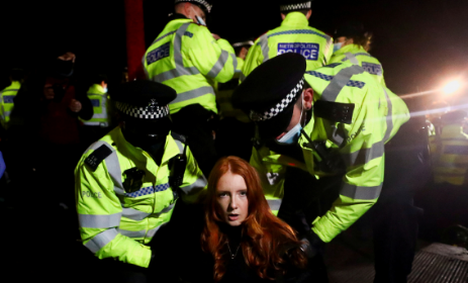 A new Bill giving police sweeping powers - including additional powers to shut down peaceful protests - is going through Parliament.

We cannot allow this to happen. Take action now and call on our Prime Minister to stop the assault on our freedoms.

UK Government: Stop the assault on our freedoms

The Government’s proposed ‘Police Crackdown Bill’ gets the balance dangerously wrong. Such an enormous and unprecedented extension of policing powers would put too much power in the hands of the state, to effectively ban peaceful protests should they see fit. Recent uses of excessive force by the police highlight precisely why Parliament must not grant further powers.

The police already have powers to prevent public assemblies from causing serious harm. This Bill does something entirely different – it cracks down on explicitly nonviolent dissent.

Research shows that 85% of Black people in the UK are not confident that they would be treated the same as a white person by the police. The ‘Police Crackdown Bill’ does not change this and will most likely make things worse.

This is compounded by other parts of the bill which would disproportionately impact minoritised people and increase the racism and discrimination that is experienced by many. These include, measures to enhance stop & search and restrict the right to roam, precisely at a time when the UK Government should be working to address inequality.

A free and just society

This is not the path to a free and just society. This is the path to a crackdown on our centuries old rights of freedom of movement, expression and assembly. This is entirely incompatible with the UK’s self-image as a place of liberty.

We cannot allow this crackdown to happen. Take action and call on our Prime Minister to stop the assault on our freedoms.