Exposed: Police torture in the Philippines 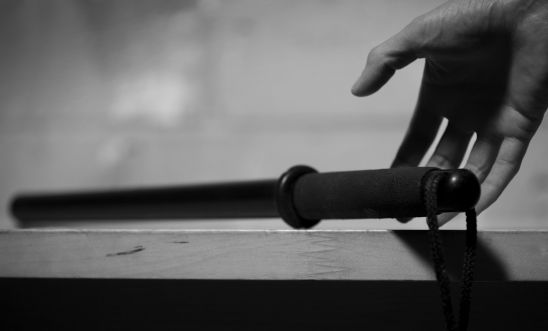 Torture is illegal in the Philippines. In reality, it remains rife – particularly by those employed to enforce the law.

Anyone arrested on suspicion of criminal activity is at risk of torture in police custody. Many victims are children and almost all are from the poorest backgrounds.

It is the country’s dark secret. No one has ever been convicted of torture in a Philippine court.

The Philippine police force is severely understaffed – it has one of the world’s smallest forces per person. Officers facing a lack of resources and forensic capacity often resort to taking ‘shortcuts’ during investigations and arrests to get the answers they want.

Systematic beatings, electric shocks, waterboarding, asphyxiation, punching, kicking and degrading treatment are a few of the methods used to extract the ‘truth’ – or purely to extort money from prisoners.

In January 2014, human rights investigators discovered a secret detention facility in Laguna, a province south of the capital Manila, where police officers appeared to be torturing 43 detainees for their own entertainment.

The facility contained a large roulette wheel with descriptions of torture positions. For example, if the wheel landed on ‘20-second Manny Pacquiao’ it meant a detainee would be punched non-stop for 20 seconds, while ‘30-second bat position’ meant being hung upside down for 30 seconds.

‘The world was startled and horrified by the discovery of that torture ‘roulette wheel’ back… but whether you avoid torture in police custody in the Philippines is still a total lottery… the grim reality of the Philippines is more typical - people young and old tortured by the police over alleged robberies, tortured for money or just tortured for ‘fun’.’
Tom Davies, Amnesty's Stop Torture Campaign Manager

Alfreda Disbarro was stopped by police on 3 October 2013 and accused of being a drug dealer, which she vehemently denied.

Despite emptying her pockets to demonstrate she was not dealing drugs, she was taken to the Drug Enforcement Unit.

Inside, an informal employee searched Alfreda but no illegal substance was found.

An informal police auxiliary then placed a bottle of alcohol on top of her head and aimed his gun at it.

‘I was so afraid that I would get shot. I just closed my eyes in fear.’
Alfreda, survivor of police torture in the Philippines

He didn’t shoot, but then a more senior officer took her to another room. Alfreda told us he asked her: ‘Can you take my kicks?’

He then kicked Alfreda – hard, so hard she fell against the wall. Alfreda was punched continuously and hit with the wooden baton. She was poked in the eyes and her head was slammed against the wall.

‘He was forcing me to confess that I was a drug dealer...He took a mop and forced the dirty and damp rag at the bottom of the mop into my mouth. Then, he took it out and smeared my face with it.’
Alfreda

Another police officer then dragged Alfreda to a different room where he attacked her with a metal bar.

Because of the beatings, Alfreda had difficulty moving and breathing. She told us she couldn’t eat and found it agonising to even drink a glass of water. Ten days after her torture, her thighs shook every time she tried to urinate.

We're campaigning for justice for Alfreda, as part of our Stop Torture campaign. The authorities must investigate her claims of torture and end the culture of impunity that allows torturers to get away with it.

On 4 December 2014, in response to our findings in Above the Law: Police torture in the Philippines, the Philippine Senate has announced that they will open an inquiry into the widespread abuse in the country.

'This inquiry is a welcome first step towards tackling entrenched impunity within the Philippine police force. The government’s next step should be two truly independent systems, one for monitoring places of detention and one unified and effective institution to investigate and prosecute police abuse.'