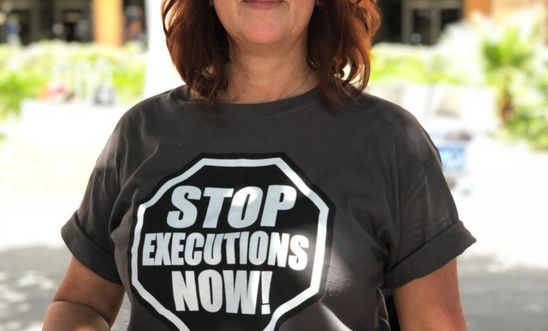 On 15 November, the Texas Court of Criminal Appeals halted the scheduled execution and ordered the court where Rodney Reed was originally tried to consider new evidence in his case. The Texas Board of Pardons and Paroles supported delaying the execution and recommended that Governor Greg Abbott grant a 120-day reprieve for Rodney.

A 2015 execution date was stayed based on newly discovered evidence. However, Texas courts have repeatedly denied requests for DNA testing of that crime scene evidence and reset his execution for 20 November 2019.

Amnesty opposes the death penalty in all cases without exception – regardless of who is accused, the nature or circumstances of the crime, guilt or innocence or method of execution.

Who is Rodney Reed?

Rodney Reed is a black man who has been on death row since 1998. He was scheduled to be executed in connection with the murder of a young white women named Stacey Stites, which both he and leading forensic pathologists maintain he did not commit.

Expert opinion and other evidence call into question the state’s theory of the crime, as well as the forensic evidence on which it was based. The prosecution claimed Rodney’s DNA was left during a rape occurring in the same time period as the murder. The prosecution’s forensic expert has since signed a statement indicating that his testimony was misused by the prosecution – that his estimate “should not have been used at trial as an accurate statement of when Ms Stites died” – and that the semen could have been left more than 24 hours before the victim’s death, consistent with Rodney’s claim of consensual sex in that time frame.

Three leading forensic pathologists have concluded that there is no evidence that Stacey Stites was sexually assaulted, rather than having engaged in consensual intercourse at least 24 hours earlier.

One expert concluded that the forensic evidence renders the state’s theory about time of death “medically and scientifically impossible”. Another concluded “beyond a reasonable degree of medical certainty that, based on all of the forensic evidence, Mr. Reed is scheduled to be executed for a crime he did not commit”.

Rodney was convicted and sentenced to death for the murder of Stacey Stites; in Texas on 23 April 1996. DNA testing of semen from her body was matched to Rodney’s DNA. The victim was engaged to a white police officer at the time of her death. Rodney initially denied knowing her, fearing being implicated in her murder. Several witnesses have confirmed their relationship.