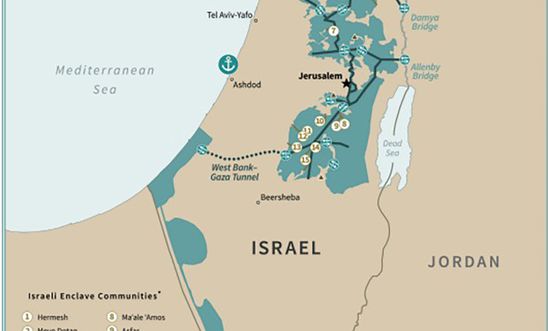 A not so peaceful "peace plan"

Read between the lines and Donald Trumps "peace plan" serves to only add to the abuse and suffering of people in this region rather than alleviate it.

This so called "deal of the century" proposes that Israel be granted total control over occupied Palestinian land where they have built illegal settlements, in exchange for land within Israel inhabited mainly by Palestinian citizens. The vision being that they would one day join a future state of Palestine.

Firstly, such a deal does not make the settlements in occupied territory any less illegal and therefore makes such a proposal unlawful under international law.
Secondly, it raises concerns that Palestinian citizens of Israel in these areas might be disenfranchised.

Is a peace plan that prevents people from seeking justice under international law really that peaceful?

There's more. Hundreds of thousands of Palestinian refugees have been trapped in overcrowded camps since their parents and grandparents fled or were forced out of their homes over 70 years ago. Rather than grant them their right to return - which is protected under international law - the deal proposes to create a “compensation mechanism” for refugees.

The right to return for refugees is a human right that cannot be used as a political bargaining chip.

In short, this deal doesn’t undo unlawful policies that underpin a system of institutionalised discrimination against Palestinians - it endorses them. And even aims to prevent efforts towards seeking justice

No deal can allow Israel to escape their duties under international law.

Finally, Donald Trump's "peace plan" between Palestine and Israel was made without any Palestinian leaders present. How can it possibly have both parties' best interests at heart? The path to real and lasting peace prioritises the human rights of Palestinians and Israelis, and must include justice and reparation for victims of war crimes and other grave violations.

Companies are profiting from human rights violations. Last year, in our report Destination: Occupation, we exposed the fact that tourism companies like TripAdvisor (amongst others) are listing places to stay in illegal Israeli settlements in the Occupied Palestinian Territories, despite knowing that these Israeli settlements are illegal under international law and are at the root of a system of institutionalised discrimination and human rights violations suffered by Palestinian communities.