The death penalty in 2016: facts and figures 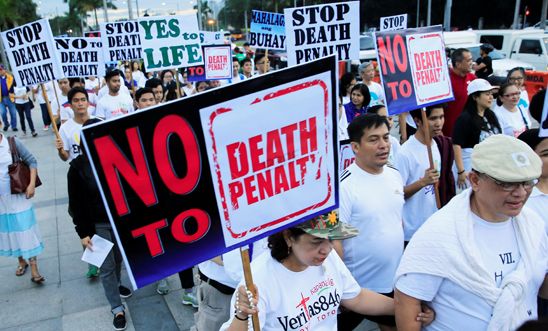 2. China, the world's most prolific executioner, keeps its executions secret

Our figures do not account for the number of people executed in China - where executions are a state secret, so we are unable to count and verify the numbers of people killed by the state. We believe it to be in the thousands. 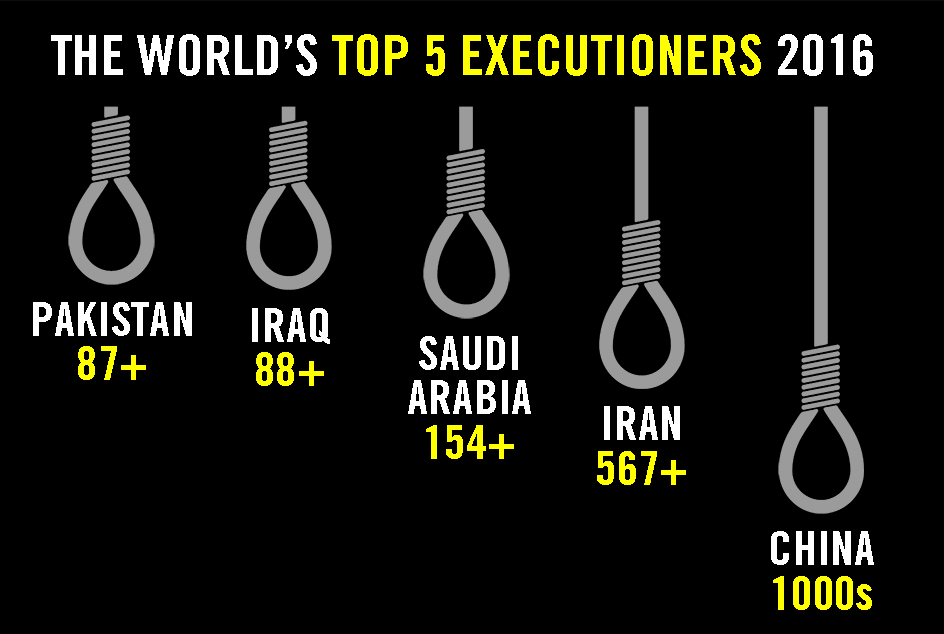 Most executions in 2016 took place in China, Iran, Saudi Arabia, Iraq and Pakistan – in that order.
China remained the world’s top executioner.

4. Executions were down in the USA

For the first time since 2006, the USA was not one of the five biggest executioners, falling to seventh behind Egypt. The 20 executions in the USA was the lowest in the country since 1991.

6. But the number of people on death row has increased

We recorded 3,117 death sentences in 55 countries in 2016, a significant increase on the total for 2015 (1,998 sentences in 61 countries). We recorded significant increases in death sentenced for 12 countries, but for some, such as Thailand, the increase is due to the fact that the authorities provided us with detailed information that we had not had access to in previous years.

How we record the numbers

Our records cover 'judicial use of the death penalty' - that is, where governments have sentenced prisoners to death before a court or executed them - for a calendar year (in this case, January to December 2016). These numbers are minimal figures, where we have enough information to corroborate an execution or death sentence. The true numbers are likely to be higher.

We get our information from a variety of sources, including figures published by states; information from individuals sentenced to death and their families and representatives; reporting by other civil society organisations; and media reports.