The intersex movement has been silenced for too long - we must all campaign, together 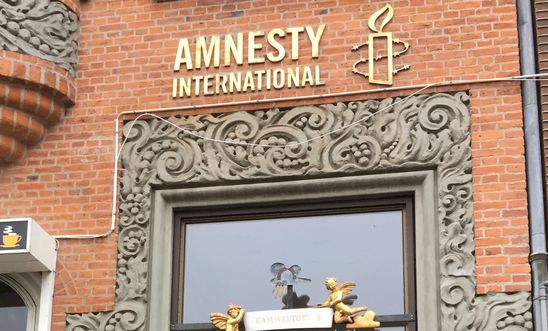 I wrote this blog on intersex rights last year. It looks at what the term ‘Intersex’ means and what Amnesty International’s stance is in relation to the non-emergency surgery that is still carried out on children in Denmark and Germany. Amnesty International’s work in relation to intersex rights thus far can be found in the “First Do No Harm” (FDNH) Report which can be accessed here. For anyone interested in intersex rights, this is a must-read. The report neatly puts forward the issues we, as human rights activists, are dealing with.

I was pleased to be made the campaign lead on intersex rights after the new committee term started at the end of last year. I had the opportunity to start the role by attending Amnesty International’s Conference on Intersex Rights in Copenhagen on 11 February 2018.

The day involved working through the FDNH Report and from the outset a powerful point was put forward almost immediately: this is not just a problem in Germany and Denmark; this issue of non-emergency, invasive surgery on intersex children as a human rights violation is a global epidemic. All the European representatives in the room, outside of Denmark and Germany, also had human right violations that needed to be addressed and lobbied.

I was humbled to be in the presence of people who identified as intersex and had spent a lifetime fighting for recognition and legal protection in and around Europe. Unfortunately though, we are still in a position of social ignorance, implemented by regulation and policy makers. We still live with state officials and health authorities denying intersex individuals the right to bodily integrity.

What is clear is that the intersex section of the LGBTI acronym is the least understood. Even many of those who would consider themselves LGBTI activists do not wholly understand what the term means. The LGBTI Network Committee is an example of a dedicated network of activists, but even we must raise our hands and say that we have not done enough for our intersex friends. I sat in that room a few weeks ago uncomfortably having to recognise this: but we are ready to do more. Now is the time that anyone with an interest in human rights must get involved.

The intersex movement has been silenced for too long. This silence and disconnect has, I believe, cultivated a disconnected canvas of intersex activists, all separately working hard for equality. This, together with the social approach of suppressed conversation around the issue, has made it too difficult to know where allies are and made collective work more than difficult.

To this end, the LGBTI Network Committee will be this year working together with other activists to reach out to all those working for Intersex equality and ask that we tell the history of our UK intersex friends and use this history to try and change the future. We will be launching a campaign of ‘Intersex Oral Histories’ that will start the conversation here and we will in turn be reaching out to governmental and health officials to change the current UK approach to intersex children.

Should you be interested in getting involved with our Intersex initiatives going forward please do not hesitate to contact me at lgbtinetwork@amnesty.org.uk.