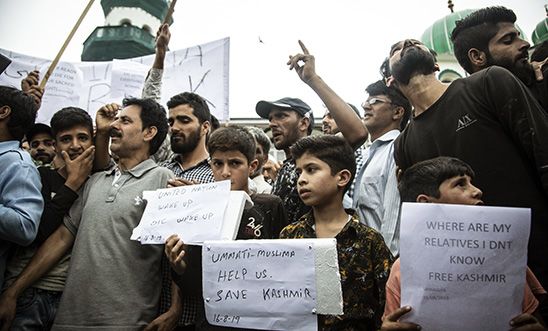 Like countless others, I have heard no news from my loved ones in Kashmir since India emptied the region of tourists and flooded in tens of thousands of additional troops, before severing all communications with the outside world.

With 8 million Kashmiris under curfew, the Centre went on to revoke Jammu and Kashmir’s special status in early August, crushing the little hope that remained of the people’s long-promised, but long-denied, right to self-determination. More than one month later, the communication blockade continues, and still not one Kashmiri voice has been allowed out of the valley.

Though I was born and raised in London, thousands of miles away from Kashmir, I have been frequenting the region since my childhood. Long ago, it was my summer playground, a place where I visited my grandparents, and went pony-riding and picnicking in the mountains with my cousins.

As the years passed, Kashmir entered a dark period of armed insurgency following rigged elections and the loss of faith in democratic channels during the 1990s, opening my eyes to the darker realities of our world.

Only Kashmiris can fully comprehend what decades of militarization does to the psyche, and the magnitude of suffering that results from the sustained brutalization of a people. But even as a go-between passing in and out of the region, what I have encountered has been haunting. In a place where loss is physically palpable in every home, the experience of Kashmir can best be described as the feeling of wandering through a beautiful cemetery.

Through seeing what Kashmiris have endured and continue to suffer, many visitors like myself have witnessed, and shared in, the collective pain of a people. What we have observed, most would consider abhorrent in any democratic society.

Alone in the world

With the latest communication blockade, the final chord connecting Kashmir to the outside world has been cut. All over the globe now, there are thousands of Kashmiri diaspora feeling the intense stress of separation.

With each passing day, we are drip-fed a nightmare, unable to look away. It has become a daily ritual for many of us now: checking phones, refreshing social media feeds, searching for any sign of life breaking through the silence.

We have watched the leaked footage of mass protests being met with uninterrupted firing, the recordings of children being abducted by soldiers in midnight raids, doctors being led off into police vans simply for speaking out.

These are people we have shared time and community with. People who do not deserve to be pushed into the abstraction of a foreign, incomprehensible news story. 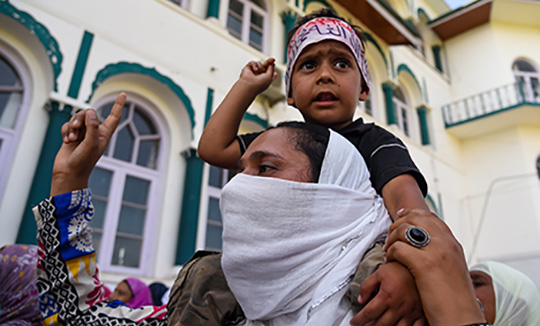 Already thousands of Kashmiris have been detained without cause or knowledge of their whereabouts, amongst them some children as young as 10-years-old, lost in a maze of jails across India.

Torture is rife, with one in six Kashmiris having experience of torture so brutal that to even read about it will make you weep. Mass rape and sexual violence continue to be used as a regular weapon of war. Depression and post-traumatic stress are rife, with reports indicating that tens of thousands of Kashmiris have attempted to take their own lives in the recent years of turmoil, most of them in the 16 to 25 age group.

Today, Kashmiris remain one of the most muted, marginalized and misrepresented people in the world. Injustice is widespread and rampant, personified by enduring figures like Parveena Ahangar, a mother who founded the Association of Missing Persons after her 17-year old son was kidnapped by security forces in 1990 and has yet to hear anything of him since.

Pellet guns are routinely used against unarmed civilian protests, weapons which fire 600 metal shards at high velocity at a time, and have been responsible for killing dozens and maiming and blinding thousands, many of them children including a 20-month old baby.

I hold no animosity against India. On the contrary, I know India’s diversity is its strength and even today my heart goes out to the hundreds and thousands of ordinary soldiers stationed in the valley who continue to be exploited as instruments in this dehumanizing occupation. For let us not forget the suffering on that side too, with tellingly high rates of suicide amongst the armed forces in the region.

But what I have seen of Kashmir haunts me. And it should haunt the conscience of every Indian, and every human being in our world today.

There is nothing noble about a patriotism that is used to justify the degradation and humiliation of an entire people. That a nation which once suffered so enormously under the boot of colonialism is now chief advocate of the very same structures and apparatus of oppression against its own people only lends more to the tragedy.

Send an instant email to urge the Governor of Kashmir to end the communications lockdown and let the people speak.

Shama Naqushbandi is a British-Kashmiri lawyer and writer based in Toronto and author of The White House, winner of ‘Best Novel’, Brit Writers Awards ()