I Am Fighting To Stop Finland Sterilising Trans People 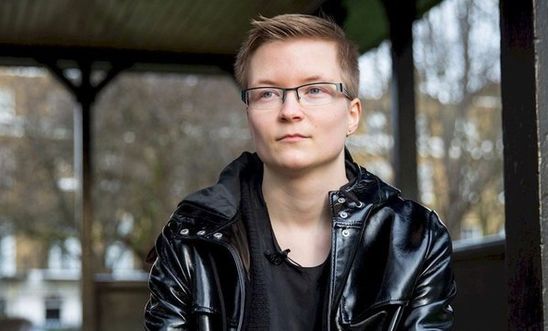 Finland’s ‘Trans Act’ is nothing but archaic, harmful, and wrong. And it desperately needs updating.

By Sakris Kupila. This blog first appeared on The Huffington Post.

Imagine if you had to be diagnosed with a ‘mental disorder’ and go through forced sterilisation before the country you lived in would legally recognise you as the person you are.

Imagine you were assigned an identity code at birth that indicates your sex and underpins your identity and citizenship – an odd number for males and an even for females –  but the number you were given is wrong. You were given an even number, but you know it should be odd. And you can’t change this.  Each time someone examines the code on your passport or travel card you’re forced to explain your identity.

I was a teenager when I realised the gender I had been given at birth didn’t truly express who I am.

But in Finland – my home country – the ‘Trans Act’ forces trans people to be sterilised and go through invasive medical screening before they can legally change their gender. The alternative is to live life in a state of limbo, without a name or legal gender that reflects who they are.
To force someone to make this decision is to categorise them as subhuman.

Finland’s ‘Trans Act’ is nothing but archaic, harmful, and wrong. And it desperately needs updating.

We need a simple way of allowing people to legally change their gender that is based on self-determination. We need a system that doesn’t discriminate on grounds of age, medical or financial status. We need this if we are to prevent more people suffering in the future.

This is what I’m campaigning for. But it hasn’t been easy.

When I first started speaking out for transgender rights in Finland, being trans was still relatively ‘exotic’ in the eyes of many. I’ve faced vast amounts of hate and negativity. It’s exhausting. My voice has felt tiny and insignificant, and at points I’ve felt that no one takes me seriously or listens to what I have to say.

But right now I feel stronger than I ever have. My voice is the loudest it’s been. And that’s all thanks to the kindness of individuals from all over the world, most of whom I’ve never even met. 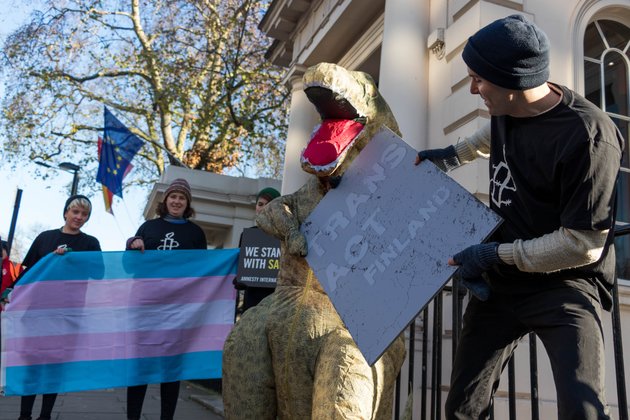 At the end of last year, I was part of Amnesty International’s Write for Rights campaign, where millions of people across the world write letters to people whose human rights are being violated.

I received thousands of kind messages; so many that I’m still reading through them all now. The thought that all these people have taken the time to write to me is overwhelming.

Some of the letters are happy. Some of them have moved me. Some of them have made me laugh. Some have been deeply personal and full of emotion. Others are from people who are being oppressed themselves. It means a lot to know that what I’m doing is also giving those people strength: that we are a community, even if we’re miles apart.

The messages have helped me realise that I’m not alone in this fight and that my efforts campaigning for trans rights in Finland are not in vain. I now know that all the sacrifices I’ve made on this journey have been worth it.

We’re steadily raising awareness within Finland about transgender rights, but there’s still a long way to go. Just last August, the Finnish government decided not to implement recommendations by the UN Human Rights Council to reform the ‘Trans Act’. This was a huge set back and disappointment.

Working on the campaign for trans rights in Finland has been slow and draining. But having a huge organisation like Amnesty behind me is helping, and it has given me a much-needed sense of security. 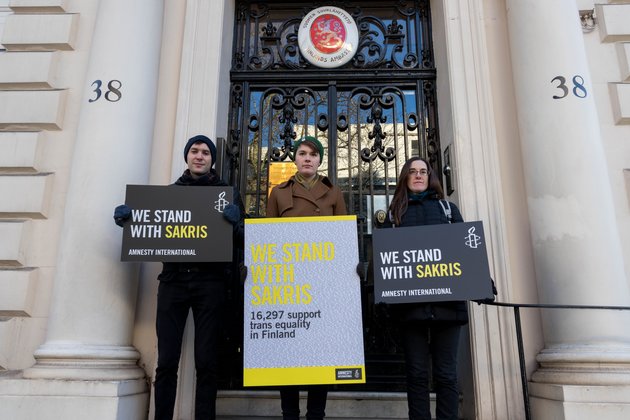 I will not stop until Finland changes its inhumane laws. And it’s with thanks to the kindness and support of others that I am able to carry on.

The thousands of people who wrote letters to me have made my voice a thousand times stronger. Together we are spreading the message, and this will make a difference.

The Finnish authorities may be reluctant to listen to one citizen, but they’re going to have a tough time ignoring all of us.

There is still time to write to Sakris or sign the petition calling on the Finnish government to stop discriminating against transgender people and change the ‘Trans Act’. For information on how to support other human rights defenders who are making a difference in their communities, see here.