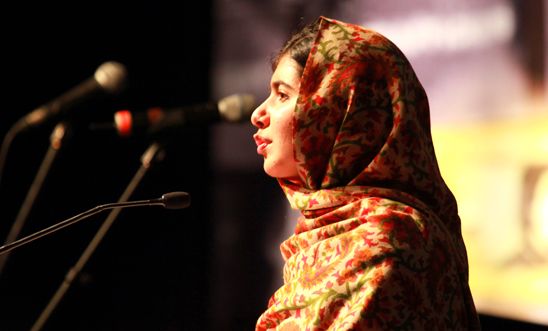 Today we celebrate International Day of the Girl. There are 1.1 billion girls in the world, and every one of them deserves equal opportunities for a better future. However, there are still many issues holding back girls' progress today across the globe.

We need an end to child marriage

Girls forced to marry early often fail to complete, or even begin, their secondary education, and so cannot progress to higher education. The result is girls who are less skilled and unable to exploit their full potential. The World Bank has calculated that ending child marriage could increase earnings and national productivity by an average of 1%.

Every day 20,000 girls under the age of 18 years old give birth. This amounts to 7.3 million births a year. Due to the tender age at which these girls fall pregnant, complications during pregnancy and childbirth are the second cause of death for 15 – 19 year-old girls. This is truly a global crisis.

For most, these pregnancies aren’t out of choice, but result from early forced marriages or brutal sexual abuse, as well as lack of proper sexual and reproductive education and healthcare.

Even worse, some countries have banned pregnant girls from attending school. This sudden end to their education curtails their opportunities to later compete for well-paying jobs, and thereby contribute to the economic growth of their countries.

Fighting for the leaders of tomorrow

There is a lot that can be done to tackle these challenges facing girls. To begin with, governments should call upon their state intuitions to urgently collect data on issues affecting girls in their country. This would mean every country has a clear picture of the problems affecting girls that they need to address.

Governments also need to uphold their duty to protect girls from all forms of sexual exploitation and sexual abuse, and uphold the Convention on the Rights of the Child.

The media has a duty to report on these issues. A lot can be achieved from having an open dialogue about the problems that face girls. We need to constantly remind ourselves that every girl has the right to education, and we all stand to gain by ensuring they remain in school and complete their education.

Today, let girls be girls. Give them the opportunity to become the entrepreneurs, innovators, household heads, political leaders and mothers of tomorrow.