Tanzania must end the cruel ban on pregnant girls in schools 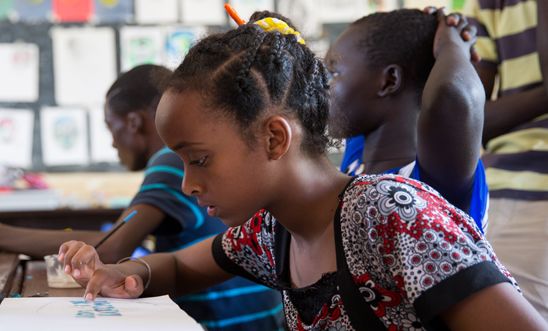 Imagine walking home from school, proudly holding your report card filled with academic accolades, proving you are the future of your country. Suddenly, you are cornered by a stranger, grabbed, and raped.

After this harrowing and painful experience, you learn you are pregnant. With this pregnancy, your fate is forever sealed. You are banned from ever going back to school.

This is the fate that the President of Tanzania, John Pombe Magufuli, has decided for any girl who falls pregnant while in primary or secondary school, no matter the circumstance. The President made a public declaration on 22 June 2017 that girls who fall pregnant cannot be allowed back to school because they will be a bad influence on other students.

President Magufuli’s ‘very sound reasoning’ dictates that allowing young mothers to resume education correlates with them falling pregnant again, and wastes public funds on their education. However, this ban is in gross violation of their right to continue education.

If child pregnancy has become such an issue for public education in Tanzania, President Magufuli, who ironically was once a secondary school teacher, should seek to reform the curriculum to ensure sex education is at the forefront.

Banning teenage girls from school is not solving the issue; it is merely a cruel way of turning your back on the problem and refusing to deal with it properly.

No girl should be denied access to education and have their prosperous future cut short. President Magufuli should urgently reconsider this arbitrary and discriminatory policy, taking into account child’s rights to an education, including pregnant girls and those who have suffered sexual abuse.