Women’s safety is a political issue, not a private matter 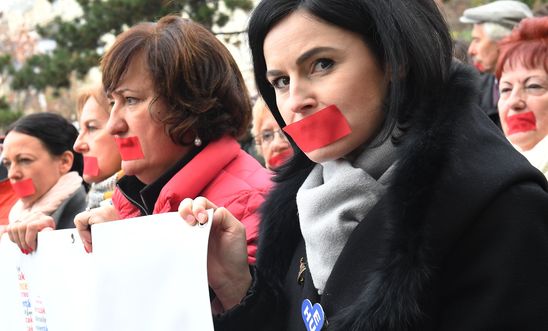 You’re at home in the evening and from next door you hear shouting and screaming, smashing of glass, a woman’s voice shouting “get off me” and “get out of my flat”. What do you do?

The police, the Welsh Government, SafeLives, Women’s Aid, and a host of others – including domestic abuse survivors themselves – are crystal clear. Take action: if you are concerned for someone’s safety, call the police.

This is exactly what Boris Johnson and Carrie Symonds’ neighbour did last Friday night – the right thing to do. We don’t (and probably won’t ever) know exactly what happened between the would-be future Prime Minister and his partner that night.

It may have just been a “dramatic argument”. But when arguments become so deafening that multiple neighbours are concerned, they aren’t private matters anymore, they become everyone’s business.

That call could save a life

Why? Because at least two women are killed every week in this country by a partner or ex-partner.

If that "argument" is just that, no-one gets hurt by making that phone call. If it’s more than just "an argument", making that call can save lives.

It’s no secret or surprise that many calls to the police regarding domestic abuse are made by neighbours rather than victims. If it was you on the receiving end of emotional, psychological or physical abuse – you might well hope someone else would do what your abuser prevented you from doing yourself.

Does it matter that it's Boris Johnson?

That this incident involved Boris Johnson – an elected MP and hopeful Prime Minister – is irrelevant in some ways and highly significant in others.

Irrelevant because if there are concerns for someone’s safety, we should intervene – no matter who the people involved are.

And highly significant. If Boris Johnson becomes Prime Minister, he will inherit – amongst many other things – a supposedly landmark and once-in-a-generation opportunity to transform the response to this debilitating crime: the Domestic Abuse Bill.

The next Prime Minister has a responsibility to champion and improve the Bill. It's his job to ensure it provides equal protection for all survivors, particularly migrant women who currently find it virtually impossible to access support.

A champion of women’s rights

Given the incident concerning Johnson and Symonds came in the same weekend as footage of a male UK Minister grabbing a peaceful female activist by the neck and virtually body slamming her against a pillar; and accusations of rape against the sitting US President, that leadership is clearly needed more than ever.

To even question whether calling the police was the right thing for Johnson’s neighbour to do – to suggest that “domestic” and “private” matters should stay behind closed doors – is harking back to a bleak time when abusers enjoyed near total impunity – safe in the knowledge that neighbours would look away, that police wouldn’t get involved, that government wasn’t interested.

But government is now interested. And whoever becomes future leader of that government must send the message loud and clear – when it comes to ending violence against women, there are no secrets, and no closed doors.