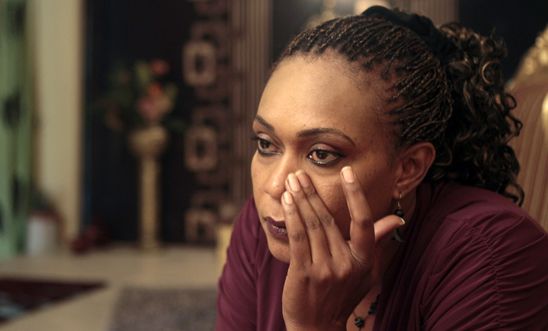 Amira is a civil engineer and women’s rights activist in Sudan. In August 2013 she went out in her village without wearing a headscarf. As a result she was charged with ‘indecent dress’. She's still awaiting her trial - it's been postponed twice already. If Amira is found guilty, her punishment will be a public flogging.

Arrested for not wearing a headscarf in public

Amira was working in the village of Jabal Awliya on the outskirts of Khartoum on 27 August when she was approached by 10 members of Sudan's Public Order Police. They threatened to arrest her for refusing to wear her headscarf and took her to the police station where she was charged with ‘indecent dress’. She was released on bail four hours later.

Under Sudan’s brutal public decency laws, a woman charged with ‘indecent or immoral dress’, as Amira is, may be sentenced with up to 40 lashes.

This isn’t the first time Amira has fallen foul of the laws against ‘indecent or immoral dress’ law. In 2002, she was convicted and fined for wearing trousers.

And she isn’t the only woman to be targeted under this law.

The issue first came into the global spotlight in 2009 through the case of journalist Lubna Hussein, who was arrested along with 12 other women for wearing trousers. The court chose not to sentence Lubna to flogging following the international attention her case attracted, but she was jailed for a month for refusing to pay a fine and launching a public campaign about the issue.

Since then, we have documented several other cases of women and girls convicted under the ‘indecent or immoral’ dress law. Women and girls under the age of 18 have been hauled off the street by plain-clothed officers, usually for wearing trousers and sometimes knee length skirts.

Women are far more likely than men to be convicted for such offences, and the rules tend to be applied in a way which discriminates against women. Many choose to remain silent about their experience, in part due to the trauma of their arrest and partly due to the stigma of being charged with ‘indecent or immoral’ dress.

Article 152 and the public order regime

The law under which both Amira and Lubna were charged is Article 152 of Sudan’s 1991 Criminal Act. It is part of a wider set of laws and practices known as the ‘public order regime’, which stipulate flogging as punishment for any kind of behaviour deemed immoral, both in public and sometimes in private.

‘(1) Whoever commits, in a public space, an act, or conducts himself in an indecent manner, or a manner contrary to public morality, or wears an indecent or immoral dress, which causes annoyance to public feelings, shall be punished, with whipping, not exceeding forty lashes, or with a fine, or with both (2) The act shall be contrary to public morals if it is regarded as such according to the standard of the person's religion or the custom of the country where the act takes place.’

Since the public order laws are so vaguely worded, and don’t specify what is meant by ‘immoral or indecent dress’ it’s up to Public Order Police, such as the people who arrested Amira, to decide if a person is ‘acting in an indecent manner’ or ‘causing annoyance to public feelings’.

What is clear is that the punishment of up to 40 lashes which can be imposed under this law is in violation of international law. Flogging is banned by the Convention against Torture and Other Cruel, Inhuman or Degrading Treatment or Punishment, to which Sudan has signed up.

Therefore, as well as calling for the charges against Amira to be dropped we want Sudan to abolish the inhumane penalty of flogging and also repeal  Article 152, which is both discriminatory and denies women their rights to freedom of expression.

Amira Osman Hamed was due to go on trial in September, but it was postponed until 4 November to give Sudan's Attorney General time to consider a written request from her lawyers asking for the charges to be dropped.

On 4 November, Amira's trial was once again postponed. When everyone arrived at the court, reading for the hearing to restart, they were told that the Attorney General and Minister of Justice were reviewing a memo that Amira's defence team had submitted a few weeks earlier challenging Article 152 as being unconstitutional.

No new date has been set for the trial and there is no indication at this time about when it could restart. We'll continue to put pressure on Sudanese authorities to retract Amira's charges altogether.