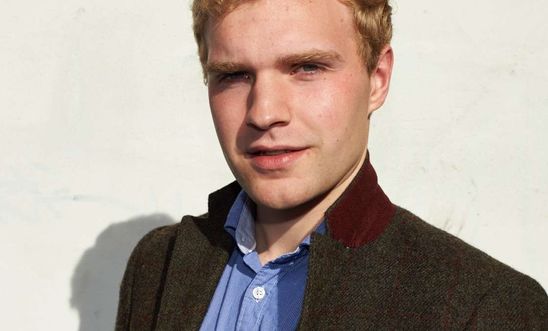 ‘Why did I become an activist?’ It’s a good question, and one that I was asked before speaking to an Amnesty International audience at the Edinburgh International Book Festival this week.

I began advocating for my community when I was 15, when my pals were playing football – I was in council meetings, when my cousins were talking to girls… I was talking to eviction officers and when my friends were partying – I was making speeches.

My activist journey started early, so maybe I can answer the question by describing what it’s like to grow up as a Scottish Traveller:

Your family have to live on the edge of society, in places built on disused middens, where the 'air is choking with the smell of rats', open septic units and crumbling toilet blocks, your family are forced to feel forgotten.

At school you're told that your education is a waste of resources, because you’ll never amount to anything anyway. What you’re taught misses out your communities’ culture and your contributions to history are omitted. You're belittled in the playground with slurs like ‘pikey’, ‘tink’, ‘mink’ and ‘gypo’. Nobody wants to play with you.

After school you go shopping with your mum and are followed around by security, seen as a thief based only on your ethnicity. You can’t enter some shops, bars and restaurants – because they have signs banning Gypsies and Travellers.

When you go home and you're outside painting, a man pulls up and tries to run you over as he screams out abuse. His hatred for your people, causing him to hate you – despite the fact you're only 8.

This won’t be the last time you’re threatened, go forward a few years and you’re on a train. A different man, a different city, he threatens to shoot you; describing children from your community as scum who don’t deserve to live. Nobody comes to help you, the train carriage stays quiet, the police describe him as having ‘outdated values and not to pay attention’.

If you don’t try and hide your ethnicity you’ll struggle to gain employment or to rent a property. Oh, and the police will stop and search you more as well.

Statistics show that your community experience the worst inequalities on every measure the state has. Experiencing higher rates of depression, higher levels of suicide, higher infant mortality and you’re expected to live at least 10 years less than the national average.

And you know of course, that statistics are only half the story, they don’t show the mother who in winter was evicted from her camp the day before Christmas – forced to stay in a motorway layby with her young children – because a local believed her children playing was ‘an eyesore’ for dog-walkers.

The statistics don’t mention the ambulance that refused to help that old man who had collapsed.

Nor when your family were being attacked by rocks during the night - and when you called the police they laughed and hung up the phone.

When the time comes for you to pass on, your family will struggle to book a venue for your wake; but don’t worry because there’ll surely be a headline about your death – something along the lines of ‘Big Fat Gypsy Funeral takes place’. And, remember and count yourself lucky, because your great grandparents weren’t even allowed to be buried in the kirkyard…

So, let me ask, why did you or why would you become an activist?

I didn’t choose to be born a Traveller; but being born one meant growing up in a society that forced me to fight for my very existence.

Alice Walker once said, ‘activism is the rent we pay for living on this planet’ – I’ve found this rent can be expensive and involves many personal sacrifices, but to me it pays toward something bigger, a social change that I will be proud of in old age.

There is an old Gypsy saying – ‘The winter will ask what we did in the summer’ – I’ll be one of the people who can say:

‘I did something, I didn’t wait for someone to do it for me, nor did I stand by and watch as they suffered’

Will you be able to say the same?