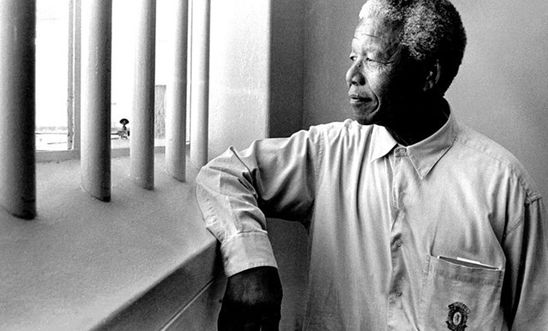 1. “To deny people their human rights is to challenge their very humanity.” 2. “If someone needs to express their gender in a way that is different, that is okay. They don’t deserve to be victims of violence. If you are uncomfortable with it, then you need to look at yourself.” 3. "It means a great deal to those who are oppressed to know that they are not alone. Never let anyone tell you that what you are doing is insignificant." 4. "You can only protect your liberties in this world by protecting the other man's freedom. You can only be free if I am free." 5. “Peace does not just mean putting an end to violence or war, but to all other factors that threaten peace, such as discrimination, such as inequality, poverty.” 6. “Injustice anywhere is a threat to justice everywhere.” 8. "Peace can only last where human rights are respected, where the people are fed, and where individuals and nations are free." 10. "We are way more powerful when we turn to each other and not on each other, when we celebrate our diversity… and together tear down the mighty walls of injustice." 11. “A political struggle that does not have women at the heart of it, above it, below it, and within it is no struggle at all.” 12. “Let us remember: One book, one pen, one child, and one teacher can change the world.” 13. “Freedom is never granted; it is won. Justice is never given; it is exacted.” 15. “No matter what people tell you, words and ideas can change the world.”