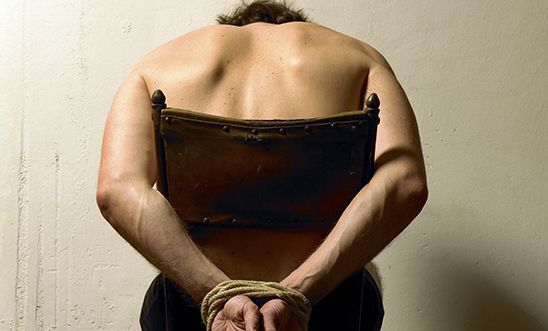 ‘I saw how they broke prisoners’ bones with baseball bats. At night I could hear people scream as if they were being attacked by wolves.’

Vahit Güneş, detained and tortured for ten months at a detention centre

In Uzbekistan – one of the most authoritarian states in the world – corruption is widespread throughout the criminal justice system.

Torture has become an essential tool for the authorities to retain their grip on power, with police and security forces frequently using it to extract confessions, to intimidate entire families or to extract bribes. The most common forms include beatings, asphyxiation, rape and sexual assault.

In many cases, brothers, sisters, husbands, wives, sons, daughters, nephews, nieces, fathers and mothers have been arbitrarily detained, tortured and otherwise ill-treated to force them to confess to fabricated charges. On the basis of these confessions, they have been sentenced to long terms in prison after unfair trials.

Vahit Güneş, a successful Turkish businessman until he was arrested and tortured in 2011, described corruption in Uzbekistan as a ‘cancer that had spread everywhere’, affecting every part of life.

When we spoke to Vahit, he painted a chilling picture of the mechanics of torture – how it is carried out in interrogation rooms and soundproof, purpose-built torture cells.

Vahit claims Uzbekistani National Security Service (SNB) officers regularly stripped him naked in the bathroom, forced him to bend over and beat and sexually humiliated him.

‘We witnessed how people who were in the same ward with us were taken for interrogation and did not come back. We later heard that they died of torture.’

After ten months in prison, Vahit was released and deported to Turkey following a presidential amnesty. He has begun legal action against the Uzbekistani authorities, which is still ongoing.

‘No one can escape the tendrils of the state’

Security forces use torture against men and women charged with criminal offences, such as theft and murder, as well as against individuals who have fallen out of favour with the authorities, including former officials, police officers and entrepreneurs.

Torture is often used to extract confessions and punish detainees in pre-charge and pre-trial detention. Courts continue to rely heavily on these torture-tainted ‘confessions’ to convict.

Increasingly, the authorities invoke national security and the fight against terrorism to justify repressive measures against independent Muslims and suspected members of outlawed Islamist groups.

But the international community has failed to put significant pressure on Uzbekistan to stop torture, instead favouring counter-terrorism and security co-operation over respect for human rights.

‘It’s an open secret that anyone who falls out of favour with the authorities can be detained and tortured in Uzbekistan. No one can escape the tendrils of the state.’

The numbers behind the crime

We spoke to 60 witnesses and torture survivors for our new report ‘Secrets and Lies: Forced confessions under torture in Uzbekistan’. It provides critical new information about torture practices, unfair criminal trials and other ongoing human rights violations by the Uzbekistani government.

Although torture is against the law in Uzbekistan, it is rarely punished – just 11 police officers have been convicted for torture from 2010 to 2013.

Yet 336 claims of torture were officially recorded during that period, but there are 0 independent bodies who inspect prison conditions or examine torture complaints, allowing this brutal practise to thrive.

There have been 0 visits by the UN's expert on torture, the Special Rappateur, in the last 12 years.

We’re calling on Uzbekistan’s President Islam Karimov to publicly condemn the use of torture and other ill-treatment.

The government should issue an immediate invitation to the UN Special Rapporteur on torture to undertake a fact-finding visit to Uzbekistan.

The authorities must also ensure domestic law fully complies with Uzbekistan's international obligations regarding the absolute prohibition of torture, and ensure that confessions and other evidence obtained by torture are never used in court.