The authorities of Singapore have set the execution of Malaysian national Nagaenthran K Dharmalingam for 10 November. In violation of international law and standards, he was sentenced to the mandatory death penalty after he was found guilty of transporting 42.72 grams of diamorphine in April 2009. Several medical experts have found him to have borderline intellectual functioning and cognitive deficits, which might have impacted his ability to assess risks and his accounts of the circumstances of the offence. 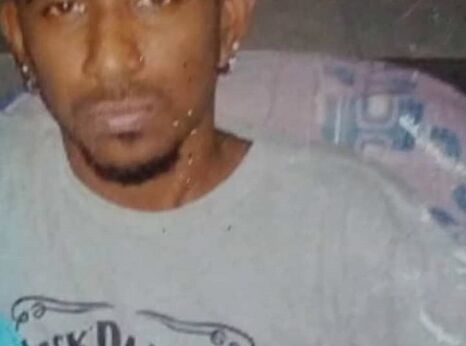 The authorities of Singapore have set the execution of Malaysian national Nagaenthran K Dharmalingam for 10 November. In violation of international law and standards, he was sentenced to the mandatory death penalty after he was found guilty of transporting 42.72 grams of diamorphine in April 2009. Several medical experts have found him to have borderline intellectual functioning and cognitive deficits, which might have impacted his ability to assess risks and his accounts of the circumstances of the offence.

Nagaenthran K Dharmalingam was convicted and sentenced to the mandatory death penalty on 22 November 2010 for importing into Singapore 42.72 grams of diamorphine (heroin) in April 2009. His conviction and death sentence were upheld by the Court of Appeal in July 2011. International law and standards prohibit the imposition of mandatory death sentences as these deny judges the possibility of taking into account the mitigating circumstances in the case. Moreover, international law and standards require that the imposition of the death penalty be restricted to the “most serious crimes” involving intentional killing. Of additional concern remains the possible reliance by the prosecution on legal presumptions under Singapore’s Misuse of Drugs Act, meaning that any person who is proved to have in their possession certain amounts of prohibited substances can be presumed to have knowledge of the substance contained in the package and its quantity; and to have had that drug in their possession for the purpose of trafficking, unless they can prove differently, in contravention to the right to the presumption of innocence.

Following amendments to the Misuse of Drugs Act effective from 2013, judges in Singapore have some sentencing discretion in cases where the role of the defendant was limited to transporting drugs (“courier”) if the public prosecutor issues a certificate of substantive assistance; or for those with mental or intellectual disabilities that substantially impaired their mental responsibility for their acts and omissions in relation to the offence. This means, alarmingly, that if the prosecution does not provide a certificate of assistance after a defendant is found to be a “courier”, the court is deprived of any discretionary powers and must sentence the accused to death, shifting the sentencing decision in practice to the prosecution. In February 2015, Nagaenthran K Dharmalingam applied to be resentenced to life imprisonment following the changes to the law, but while he qualified as “courier” the Public Prosecutor did not issue him a certificate of substantive assistance, leading to the confirmation of his mandatory death sentence in September 2017. Other motions and appeals were subsequently rejected.

Medical experts who assessed Nagaenthran K Dharmalingam in 2013, 2016 and 2017 found that he has borderline functioning intelligence and concurrent cognitive deficits, which “may have contributed toward his misdirected loyalty and poor assessment of the risks in agreeing to carry out the offence”. The Court of Appeal dismissed the concern, stating that “[h]is alleged deficiency in assessing risks might have made him more prone to engage in risky behaviour; that, however, does not in any way diminish his culpability.” Similarly, the Court rejected the claim that Nagaenthran K Dharmalingam’s various psychiatric conditions, including attention-deficit hyperactivity disorder of the inattentive subtype, as well as borderline intellectual functioning, would have impacted his ability to communicate his knowledge of relevant information in a cogent manner and his engagement with the authorities, including when questioned by officers of Singapore’s Central Narcotics Bureau, without the presence of a lawyer, after his arrest. This in turn might have had a bearing on the information he provided to the prosecution for the certificate of assistance needed to qualify for sentencing discretion. The treaty bodies for the Convention of Rights of Persons with Disabilities (CRPD) and International Covenant on Civil and Political Rights, to which Singapore is a party, have clarified that these treaties prohibit the imposition of the death penalty on people whose mental and intellectual disabilities have impeded their effective defence.

Singapore must end its strategy of using the death penalty to address drug-related problems and instead focus on evidence-based and community-based approaches to drugs, rooted in the respect of public health and human rights. Singapore’s reliance on draconian laws and policies has not only failed to tackle drug dependence in the country, but also to offer effective protection from drug-related harm. Amnesty International urges the Singapore authorities to immediately halt the set hanging of Nagaenthran K Dharmalingam and establish an official moratorium on all executions as first step towards full abolition of the death penalty.

The authorities of Singapore notified Nagaenthran K Dharmalingam's family, who live in Malaysia, of the set execution by a letter dated 26 October. Because of restrictions in response to the Covid-19 pandemic, Nagaenthran has not been able to see members of his family for over two years. It is only now that up to five family members are allowed to travel and visit the prison. Activists have highlighted how ongoing Covid-19 related restrictions and quarantine requirements have added financial and logistical challenges to an already inherently cruel process.

Amnesty International opposes the death penalty in all cases without exception. As of today, 108 countries have abolished the death penalty for all crimes and more than two-thirds are abolitionist in law or practice.