Death row prisoner monk Wael Tawadros, known as Father Isaiah, is at risk of execution. He was subjected to serious human rights violations including enforced disappearance, torture and unfair trial. A court convicted and sentenced him to death in April 2019 on the basis of his torture-tainted “confessions”. The sentence was upheld on appeal. The number of executions more than tripled in Egypt in 2020, compared to the previous year, raising fears that more prisoners on death row are at risk of execution. 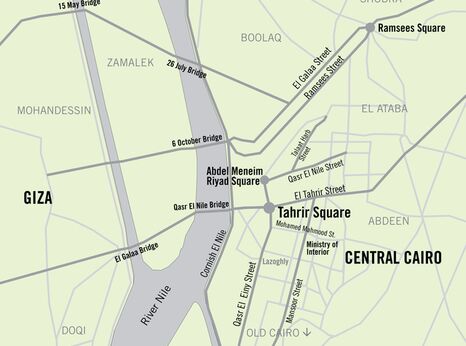 Death row prisoner monk Wael Tawadros, known as Father Isaiah, is at risk of execution. He was subjected to serious human rights violations including enforced disappearance, torture and unfair trial. A court convicted and sentenced him to death in April 2019 on the basis of his torture-tainted “confessions”. The sentence was upheld on appeal. The number of executions more than tripled in Egypt in 2020, compared to the previous year, raising fears that more prisoners on death row are at risk of execution.

Wael Tawadros was arrested in connection with the killing of a Bishop, which took place on 29 July 2018 at the Monastery of St. Macarius in Wadi al-Natrun, Behira governorate, northwest of Cairo. According to the case file, examined by Amnesty International, authorities claimed that he was arrested on 10 August 2018, at a checkpoint in Behira governorate. However, according to informed sources, police forces arrested him on 5 August 2018 from the Monastery of St. Macarius. The police then took him to an undisclosed location and forcibly disappeared him until 10 August 2018. On 10 August 2018, he was brought in front of a prosecutor and questioned without a lawyer.

According to the case file, on 5 August 2018 the prosecution ordered that Wael Tawadros be barred from communicating with anyone during the investigations. The authorities did not allow his family or lawyer to contact him until 28 August 2018. A lawyer, initially secured to represent Wael Tawadros, testified during the trial that he was compelled to withdraw from the case after being barred from communicating with his client.

According to individuals who attended the trial at the Damanhour Criminal Court and written complaints submitted by his lawyers, the judge exhibited bias against Wael Tawadros, including by addressing him in a derogatory manner and mocking his monastic name and answers. Lawyers also claimed that the judge refused to consider exculpatory evidence and record defence arguments and the name of the police officer the defendant accused of torturing him in the minutes of the hearing. The police officer testified as a prosecution witness. The judge also failed to order investigations into Wael Tawadros' claims of torture, despite his and his lawyers’ repeated requests. There were no witnesses to the crime; and no CCTV footage or other material evidence was presented in court. Forensic experts who examined the body also gave contradictory statements. Wael Tawadros added in his testimony in court that after he had been taken to a hospital for a medical examination based on the order of the judge reviewing his bail hearing, the police officer ordered a medical worker to write that he was “fine”.

Despite these fragrant violations and absence of credible evidence, on 24 April 2019, the Damanhour Criminal Court convicted Wael Tawadros and another defendant of killing Anba Epiphanius and sentenced both men to death, relying almost exclusively on his torture-tainted “confessions”. On 1 July 2020, the Court of Cassation upheld the verdict against Wael Tawadros, despite acknowledging the violation of his right to defence counsel and without investigating his claims of torture. The court upheld the conviction against his co-defendant but reduced his sentence to life imprisonment. Following amendments to the Egyptian Code of Criminal Procedures in 2017, the Court of Cassation, which previously had the authority to quash verdicts and order retrials by criminal courts when it found errors in the application of the law at first instance, now itself looks into matters of law and substance and issues final verdicts . Rights defenders and legal experts opposed these amendments on the grounds that they undermine defendants’ rights to a genuine review by limiting stages of appeal. Their concerns were heightened by other amendments introduced in 2017 undermining the independence of the judiciary by granting the President the authority to select heads of judicial bodies, including the Court of Cassation. In October 2020, five UN special procedures raised concerns over allegations of torture and the use of forced “confessions” to sentence Wael Tawadros to death and called for a halt to plans to execute him. They also raised concerns over the denial of his right to freedom of religion.

In 2020, the Egyptian authorities executed at least 107 individuals, marking a sharp rise in the number of recorded executions in the country from previous years. This shocking death toll is likely to be an underestimate, as Egyptian authorities do not publish statistics on executions or the number of prisoners on death row; nor do they inform families or lawyers in advance of executions. Egyptian authorities have also clamped down on human rights organizations working on the death penalty. While Egypt, like other governments, has a duty to bring to justice those responsible for violent criminal acts, this must be done in full compliance with Egypt’s human rights obligations including rights to a fair trial. Amnesty International has consistently documented a pattern of violations of the right to fair trial in Egypt, including the right to adequate defence; to be brought promptly before a judge; to challenge the lawfulness of detention; to be presumed innocent; to remain silent and not to be compelled to incriminate oneself or to confess guilt; to obtain full access to relevant evidence; to receive a fair, public hearing before a competent, independent and impartial tribunal; and to a genuine review. Torture is rampant in Egypt, and frequently used to extract “confessions”, while courts regularly fail to order investigations into allegations of torture and admit torture-tainted “confessions” as evidence.