On 12 June, the 2nd Criminal Appeal Section of the Judicial Court of Maputo’s City overturned the decision that found the aggressor of Women Human Rights Defender, Josina Machel, guilty for the crimes of physical and psychological violence. On 5 August, Josina Machel’s appeal against the decision was filed. The Supreme Court is now due to rule on the appeal. 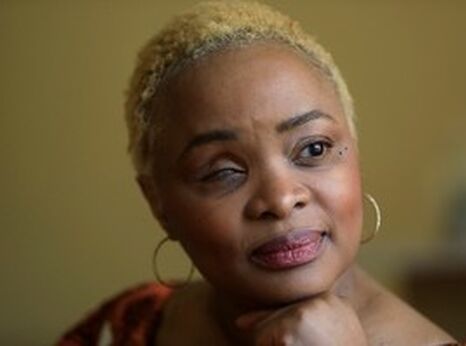 On 12 June, the 2nd Criminal Appeal Section of the Judicial Court of Maputo’s City overturned the decision that found the aggressor of Women Human Rights Defender, Josina Machel, guilty for the crimes of physical and psychological violence. On 5 August, Josina Machel’s appeal against the decision was filed. The Supreme Court is now due to rule on the appeal.

Josina Machel is a well-known WHRD; daughter of Graça Machel, well-known advocate for women and children’s rights, and Samora Machel, the first president of Mozambique; and stepdaughter of the late Nelson Mandela. The 12 June decision that found Rofino Licuco not guilty of the gender-based violence (GBV) against Josina Machel was a heavy blow to women and those fighting against GBV. This case illustrates quite clearly that even the most powerful women are not protected against violence. Instead, the criminal justice system further perpetuates the abuse and suffering of victims and survivors of GBV.

Prior to the attack, Josina Machel and Rofino Licuco were in a three-year relationship. On the night of 16 October 2015, they went out to a restaurant with a few friends. On the way home, at around 1:20am on the morning of 17 October 2015, Josina Machel asked Rofino Licuco to drop her at her mom’s home, the next day was Graça Machel’s 70th birthday celebration. He became angry, saying that she was trying to make a fool out of him and that she was instead planning to meet other friends. He called her a ‘bitch’ and a “prostitute”. He then stopped the car and threw three punches at Josina Machel – two at her face and one in the back of her head which immediately resulted in her losing her sight in her right eye. She put her hands on her face and felt blood dripping from it. She got out of the car and ran out on to the street, asking for help. After a few meters, she fell, momentarily lost consciousness and woke up as Rofino Licuco was picking up to take her to the hospital.

Immediately after this incident in July 2016 in which Josina Machel’s friend’s car was broken into and a threatening note left behind, Josina Machel filed a protection order request at the Randburg Court, South Africa. The Randburg Court rejected the request on the basis that it did not have jurisdiction to rule on events that happened in Mozambique.

Rofino Licuco rose rapidly in business through his connections with political families and now has a lot of political influence in the country. In February 2017, he was convicted for the crimes of serious physical and psychological violence, under articles 246(b), 171 (e) and 247(i) of the Mozambican Penal Code. He was sentenced to three years and four months of detention, which was suspended under the condition of the payment of moral and material damages amounting to 2,800,000 USD, an amount that takes into consideration the economic situation and social conditions of Josina Machel and her offender.