On 29 July 2020, Moroccan journalist Omar Radi was charged with “harming national security” and “rape”. The Moroccan authorities had been harassing him since the publication in June 2020 of an Amnesty International report revealing they had unlawfully spied on him through his phone. Omar Radi is a vocal critic of the government’s human rights record and has investigated corruption by the authorities. 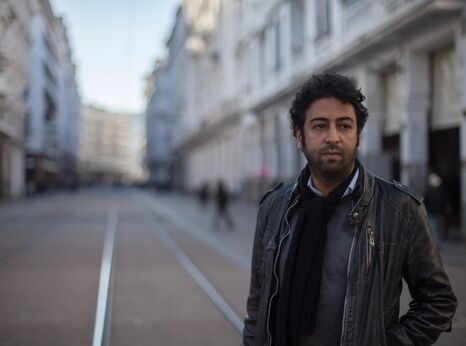 On 29 July 2020, Moroccan journalist Omar Radi was charged with “harming national security” and “rape”. The Moroccan authorities had been harassing him since the publication in June 2020 of an Amnesty International report revealing they had unlawfully spied on him through his phone. Omar Radi is a vocal critic of the government’s human rights record and has investigated corruption by the authorities.

Omar Radi is an investigative journalist and activist from Morocco. He is a founder of and journalist at Le Desk, an independent Moroccan news website. He has worked with several national and international media outlets, including radio station Atlantic Radio, magazines Le Journal Hebdomadaire and TelQuel and news website Lakome. His investigations have focused on political affairs, including the relations between political powers and business elites in Morocco and suspected corruption by the authorities. In 2013, he won the first investigative journalism award of International Media Support (IMS) and the Association of Moroccan Investigative Journalists (AMJI) for an investigation into the exploitation of sand quarries published on Lakome. In 2016, he was the author of an investigation report widely known as “Servants of the State” in which he revealed the names of around 100 senior officials alleged to have illegally acquired state land.”

Omar Radi was questioned seven times by the Central Bureau for Judicial Investigations in Casablanca. The first session, on 25 June 2020, lasted for more than five hours; the interrogators accused him of obtaining funds from sources linked to foreign intelligence agencies. He was summoned for questioning again on 2, 9, 13, 17, 20 and 25 July. The Office of the Prosecutor of the First Instance Court in Casablanca charged Omar Radi with “sexual assault”, “rape”, “undermining external state security by maintaining relations with agents of a foreign authorities to harm Morocco's military and diplomatic situation” and “harming internal security” by receiving foreign funds that could “prejudice the integrity, sovereignty or independence of the Kingdom or shake the allegiance of citizens towards the State and Moroccan people’s institutions,” under articles 485, 486, 191 and 206 respectively of the Penal Code. His trial on these charges is scheduled to begin on 22 September 2020.

In a separate case, Omar Radi and fellow journalist Imed Stitou were arrested on the night of 4 July 2020 and kept in custody for 48 hours. On 6 July they were brought before the prosecutor of a court in the Casablanca district of Aïn Sebaâ on charges of “public drunkenness” and “violence”. On the same day, the court referred them to trial, scheduled the first hearing for 24 September and ordered their release in the meantime. Omar Radi has said that they were followed on the street by a journalist from Chouf TV, a TV station considered to be supportive of the government and provoked into an altercation.

On 17 March 2020, a court in Morocco handed Omar Radi a suspended four-month prison sentence and a fine of 500 Moroccan dirhams (US$52) for a tweet in which he criticized an appeal court judge for upholding heavy prison sentences against Hirak El-Rif activists. Omar Radi has previously been subjected to legal harassment. In 2016-17, he covered protests by Hirak El-Rif, a social movement demanding socioeconomic rights for the marginalized Rif region in northern Morocco. In 2018, he co-directed a documentary called Death Over Humiliation, about events related to Hirak El-Rif in the province of Al Hoceima.