Nahid Taghavi, a 66-year-old German-Iranian national, has been arbitrarily detained in Tehran’s Evin prison since 16 October 2020. She has serious medical conditions, including diabetes and high blood pressure, placing her at heightened risk of severe illness or death if she contracts COVID-19. She is a prisoner of conscience and must be immediately and unconditionally released. 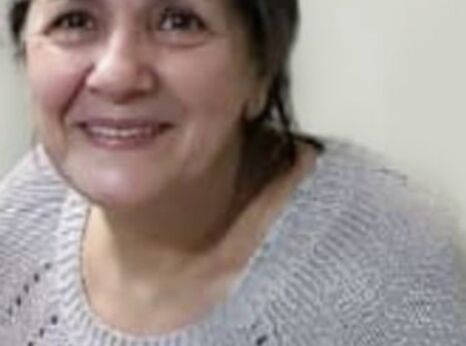 Nahid Taghavi, a 66-year-old German-Iranian national, has been arbitrarily detained in Tehran’s Evin prison since 16 October 2020. She has serious medical conditions, including diabetes and high blood pressure, placing her at heightened risk of severe illness or death if she contracts COVID-19. She is a prisoner of conscience and must be immediately and unconditionally released.

In recent years, the Iranians authorities have arrested and detained dozens of dual nationals, including prisoners of conscience such as journalists, academics and human rights defenders. In his July 2019 report, the UN Special Rapporteur on the situation of human rights in Iran expressed deep concern about the continued “arbitrary arrest, detention, ill-treatment and denial of appropriate medical treatment of dual and foreign nationals.” He stated that the Iranian authorities have “subjected these individuals to sham trials, which have failed to meet basic fair trial standards, and convicted them of offences on the basis of fabricated evidence or, in some cases, no evidence at all, and [have] attempted to use them as diplomatic leverage.” He also noted that the families of several dual nationals detained in Iran consider the detention of their loved ones to be “hostage-taking”.

Amnesty International has documented a pattern of systematic fair trial rights violations in Iran, beginning from the time of arrest right up until when defendants stand trial. Detainees are often arrested without warrants and held in prolonged solitary confinement in undisclosed locations without access to their families. Individuals detained, investigated and prosecuted, especially those who are dual nationals or who are arrested on politically motivated charges, including human rights defenders, are subjected to grossly unfair judicial proceedings. Prosecution authorities and interrogators belonging to security and intelligence bodies, including the Revolutionary Guards, systematically deny detainees their right to access a lawyer from the time of arrest, even lawyers vetted and approved by the judiciary, during the investigation phase of their case. Torture and other ill-treatment, including prolonged solitary confinement, against individuals arrested in politically-motivated cases is widespread and systematic, especially during interrogations, and prison and prosecution authorities also deliberately deny prisoners of conscience and other prisoners held for politically motivated reasons access to adequate health care, including medication. Forced "confessions" obtained under torture and other ill-treatment and without a lawyer present are consistently used as evidence by courts to issue convictions.

International human rights law prohibits the arbitrary deprivation of liberty, including arrest, detention or imprisonment. Detainees have a right to communicate with the outside world and to receive visits. Torture is an international crime and its use is prohibited under all circumstances. Statements elicited as a result of torture, ill-treatment or other forms of coercion must be excluded as evidence in criminal proceedings, except those brought against suspected perpetrators of such abuse.

The right to a fair trial is legally binding on all states as part of customary international law. Those facing criminal proceedings must have the right to access legal counsel from the time of arrest and throughout the pre-trial and trial proceedings; not to be compelled to testify against themselves or to confess guilt; not to be detained on vague charges; to receive a fair, public hearing before a competent, independent and impartial tribunal; and to be provided with a public, reasoned judgement.