Four minors are on trial in Bahrain before Branch Four of the High Criminal Court, a court specializing in terror-related cases, on charges including arson and handling Molotov cocktails. At least two of them have been interrogated without the presence of their lawyers. 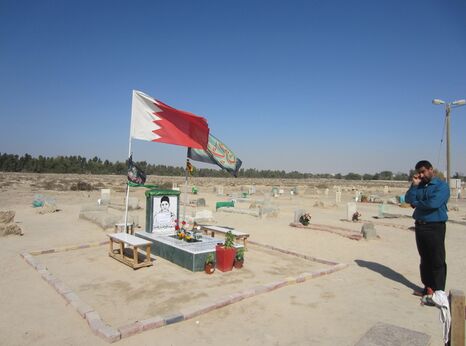 Four minors are on trial in Bahrain before Branch Four of the High Criminal Court, a court specializing in terror-related cases, on charges including arson and handling Molotov cocktails. At least two of them have been interrogated without the presence of their lawyers.

Sayed Hasan Ameen suffers from sickle-cell disease and reduced heart function. He was twice hospitalized in October and November 2020. During the first hospitalization he spent a week in the Pediatric Intensive Care Unit at Salmaniya Medical Complex including for vaso-occlusive crisis due to sickle-cell disease, muscular seizure, and encephalopathy.

On 14 February 2021, the King ratified Law No 4 of 2021 on the promulgation of the Corrective Justice Law for Children and their Protection from Ill-Treatment. The new law will consider anyone who committed an offence when under the age of 18 to be a child and as such would be tried by Juveniles Courts.

At present, under the 1976 Bahraini Juvenile Law, a juvenile is someone not exceeding 15 years of age. As such, Bahrain is in breach of its obligations under the Convention on the Rights of the Child (CRC), to which it is a party.

Article 37 of the CRC states that: States Parties shall ensure that: (d) Every child deprived of his or her liberty shall have the right to prompt access to legal and other appropriate assistance, as well as the right to challenge the legality of the deprivation of his or her liberty before a court or other competent, independent and impartial authority, and to a prompt decision on any such action. Furthermore, Article 40 also states: 2(a) No child shall be alleged as, be accused of, or recognized as having infringed the penal law by reason of acts or omissions that were not prohibited by national or international law at the time they were committed; 2(b)(ii) To be informed promptly and directly of the charges against him or her, and, if appropriate, through his or her parents or legal guardians, and to have legal or other appropriate assistance in the preparation and presentation of his or her defence and 2 (b)(iv) Not to be compelled to give testimony or to confess guilt; to examine or have examined adverse witnesses and to obtain the participation and examination of witnesses on his or her behalf under conditions of equality.