At least eight prisoners in Greater Tehran Penitentiary, Tehran province, are at grave risk of having their finger-amputation sentences carried out imminently. At least three of the men were convicted based on torture-tainted “confessions” following grossly unfair trials. One of the three men, Hadi Rostami, was beaten by prison guards on 12 June and has since been forcibly disappeared. 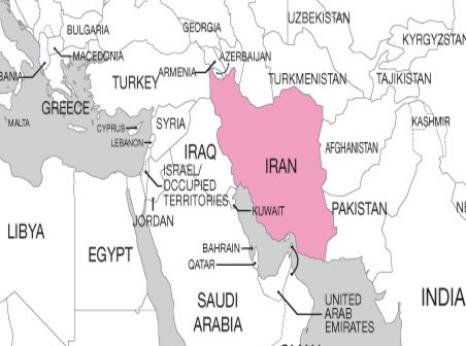 At least eight prisoners in Greater Tehran Penitentiary, Tehran province, are at grave risk of having their finger-amputation sentences carried out imminently. At least three of the men were convicted based on torture-tainted “confessions” following grossly unfair trials. One of the three men, Hadi Rostami, was beaten by prison guards on 12 June and has since been forcibly disappeared.

Hadi Rostami, Mehdi Sharfian and Mehdi Shahivand were sentenced on 19 November 2019 to having their fingers amputated, after Criminal Court 1 in West Azerbaijan province found them guilty of breaking into the houses of four individuals and robbing safes containing gold and cash. Their trial was grossly unfair and relied on forced “confessions” which the men have said were obtained under torture while they were detained and interrogated, without access to their lawyers, in a detention centre run by the Investigation Unit of Iran’s Police (agahi). According to informed sources, the men were tortured through being beaten, kicked, flogged with a cable and hung from their wrists and feet during interrogations. The aforementioned sources added that Hadi Rostami’s hand was broken and interrogators removed Mehdi Shahivand’s trousers and threatened to rape him with a piece of wood if he refused to make “confessions” incriminating himself and his co-defendants. According to informed sources, interrogators forced Mehdi Sharfian and Mehdi Shahivand to “confess” to committing burglaries in which they had no involvement and to implicate Hadi Rostami in the same burglaries. In a letter written to the Head of the Judiciary on 20 September 2020, reviewed by Amnesty International, Hadi Rostami said that during the investigation phase of their case, interrogators punched, kicked and beat him with various instruments. He also said one of the interrogators demanded that he sign a blank piece of paper and that he did so only when he reached the point of physical and mental collapse. Prosecution authorities subsequently added, without his knowledge and consent, the details of his charges to the blank paper to make it appear as though he had accepted the charges.

All three men retracted their “confessions” in court and told judges they were made under torture, but both the Criminal Court and the Supreme Court failed in their obligations to exclude the “confessions” as evidence and order investigations into their torture allegations. The verdict of the Supreme Court, reviewed by Amnesty International, briefly mentioned in a few general words that Hadi Rostami had complained about torture, but did not provide any further analysis.

Hadi Rostami has made numerous official complaints to judicial bodies but has been ignored. In March 2021, while he was being held in Urumieh prison, he complained to a representative of the Head of the Judiciary in Iran, Ebrahim Raisi at the time, during his visit the prison; the representative gave him reassurances that his case would be resolved. Hadi Rostami has also raised his case directly with the current Head of the Judiciary Gholamhossein Mohseni Ejei when he visited Ilam prison, Ilam province, while he was being held there, but to no avail.

Previous plans by the Iranian authorities to carry out the amputation sentences against Hadi Rostami, Mehdi Sharfian and Mehdi Shahivand were halted in September 2020 after international pressure.

Iran is legally obliged to prohibit and punish torture in all circumstances and without exception. Despite this, Iran’s Islamic Penal Code continues to provide for corporal judicial punishments amounting to torture, including amputation, flogging, blinding, crucifixion and stoning. According to Abdorrahman Boroumand Center for Human Rights in Iran, the Iranian courts have issued at least 356 sentences of amputation issued since 1979. The organization has also recorded the implementation of 192 amputation sentences since 1979, but the Abdorrahman Boroumand Center believes that the real number is much higher.

Under international law, torture means any act by which severe pain or suffering, whether physical or mental, is intentionally inflicted on a person for such purposes as punishing them for an act that they have committed or are suspected of having committed, or intimidating them or a third person, or for any reason based on discrimination of any kind. The UN General Assembly has consistently condemned torture and other ill-treatment and has called on states to investigate and prosecute them. In 1975, it adopted a Declaration on the Protection of All Persons from Being Subjected to Torture and Other Cruel, Inhuman or Degrading Treatment or Punishment, setting out the obligations of all states to investigate allegations of torture and prosecute those responsible, as well as provide redress to victims. Article 10 of the ICCPR also states that all persons deprived of their liberty must be treated “with humanity and with respect for the inherent dignity of the human person”.