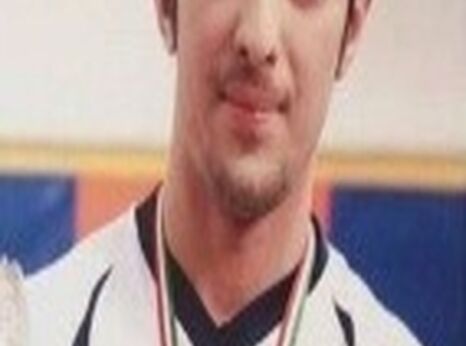 Arman Abdolali was first sentenced to death in late December 2015 after Branch 4 of the Provincial Criminal Court of Tehran convicted him of murder in connection with the disappearance of his girlfriend in 2014. In its verdict, the court stated that the way the murder was committed without leaving any trace indicated that Arman Abdolali had attained “maturity” and understood the nature and consequences of the crime. The court also relied on the opinion of a Children and Adolescent Court Advisor who had said Arman Abdolali understood the “abhorrent” nature of the crime committed. As such, the court concluded that he merited the death penalty. On 20 July 2016, Branch 29 of Iran’s Supreme Court upheld the conviction and sentence. Arman Abdolali was subsequently scheduled for execution on 1 January 2020, but following an international outcry his execution was halted. On 8 February 2020, Branch 15 of the Supreme Court granted Arman Abdolali’s request for a retrial after the Children and Adolescent Court Advisor from the original trial withdrew her opinion and noted in writing her regret that she had issued it without having had any meetings with Arman Abdolali and without having studied his criminal casefile or obtained any information about his character. Arman Abdolali’s case was then referred for retrial to Branch 5 of Criminal Court One of Tehran Province, which largely focused on whether there were any doubts about his “maturity” at the time of the crime to warrant replacing his death sentence with an alternative sentence. On 22 September 2020, that court ruled that it was not possible to determine Arman Abdolali’s “maturity” years after the crime took place, and in the absence of any evidence to the contrary, “the prima facie presumption of full criminal responsibility” stands. In February 2021, the Supreme Court upheld this sentence. The courts rulings highlight the flawed nature of Iran’s child justice system, which considers that in cases of murder and certain other capital crimes, boys aged above 15 lunar years and girls aged above nine lunar years are as culpable as adults and, therefore, merit the death penalty. While Article 91 of the Islamic Penal Code grants judges discretion to replace the death penalty with an alternative sentence if they find that there are doubts about the individual’s full “maturity” at the time of the crime, in practice, there is no clarity over the evidence and the standards of proof needed to demonstrate “full maturity”. Amnesty International has repeatedly called on the Iranian authorities, including parliamentarians, to amend Article 91 of the Islamic Penal Code to completely abolish the use of the death penalty for crimes committed by people below the age of 18 in all circumstances and without any discretion for judges, in line with international law.

Hossein Shahbazi was arrested on 30 December 2018 and denied access to a lawyer and his family for 11 days while undergoing interrogations at a detention facility run by the Investigation Unit of Iran's police (Agahi) in Shiraz. He was then transferred to a child detention facility but still denied access to his family for several days, after which his mother was allowed to visit him. The conviction and sentencing of Hossein Shahbazi to death on the basis of an opinion from the Legal Medicine Organization of Iran (LMOI) confirming his “maturity” at the time of the crime again highlights the complicity of doctors affiliated with the LMOI in the ongoing assault on children’s right to life in Iran. Amnesty International has previously called on the LMOI to refrain from participating in processes that inherently violate the human rights of children and facilitates their execution, and to adopt a position that all children under the age of 18 must be treated as less mature and culpable than adults, in accordance with established international rules and principles of child justice. Medical professionals have a clear duty to avoid any involvement in torture and other cruel, inhuman or degrading punishment including the death penalty.

The absolute prohibition on the use of the death penalty against persons who were under the age of 18 at the time of the crime is provided in the International Covenant on Civil and Political Rights and the Convention on the Rights of the Child, both of which Iran has ratified. It is also recognized as a peremptory norm of customary international law, which means it is accepted and recognized by the international community of states as a norm which is binding on all states and from which no derogation is permitted.

In August 2021, the Iranian authorities executed in secret Sajad Sanjari, a young man who was 15 at the time of the offence. See https://www.amnesty.org/en/latest/news/2021/08/iran-secret-execution-of… for more information. At least 80 people similarly convicted of crimes committed when they were children remain on death row in Iran. Amnesty International recorded the execution of at least three people who were under the age of 18 at the time of the crime in 2020. During that year, Iran carried out at least 246 executions. Amnesty International opposes the death penalty in all cases without exception, regardless of the nature or the circumstances of the crime; guilt, innocence or other characteristics of the individual; or the method used by the state to carry out the execution.