Mohamed Imaam Mohamed Imran was 20 years old when he was detained, on 9 May 2019, under the draconian Prevention of Terrorism Act (PTA). Three years after his arrest, the now 23-year-old has still not been charged with an offence, and the state has yet to provide any evidence of him committing an internationally recognizable crime. Mohamed Imran must be immediately released, or promptly charged with recognizable offense, in accordance with international standards. 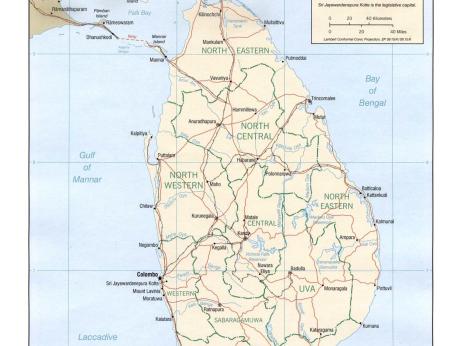 Mohamed Imaam Mohamed Imran was 20 years old when he was detained, on 9 May 2019, under the draconian Prevention of Terrorism Act (PTA). Three years after his arrest, the now 23-year-old has still not been charged with an offence, and the state has yet to provide any evidence of him committing an internationally recognizable crime. Mohamed Imran must be immediately released, or promptly charged with recognizable offense, in accordance with international standards.

23-year-old Mohamed Imaam Mohamed Imran is a computer engineering student and sales representative for electrical bulbs who lives in Kattankudy, a town on the Eastern Province of Sri Lanka. He is the breadwinner who provides for his 54- year-old mother, a single mother who sold her house to pay for Imran’s education, and his late grandmother who passed away while Imran was in detention.

According to the detention order signed off by the President in his capacity as the Minister of Defence, Imran is detained on suspicion of being “connected with or concerned in unlawful activity” for “aiding and abetting the suicide bombers of the Easter Sunday attacks on 21.04.2019, attending weapon training and extremist lectures conducted by Mohomad Casim Mohamed Saharan and his followers and concealing such information from security forces” – an allegation law enforcement officials are yet to substantiate with any credible evidence, three years after Imran’s arrest. This detention order does not amount to charges against Imran.

In 2017, then UN Special Rapporteur on the Promotion and Protection of Human Rights and Fundamental Freedoms while Countering Terrorism, Ben Emmerson, highlighted the history of Sri Lankan authorities of prosecuting minorities on charges of terrorism and noted that “the PTA had been used to commit some of the worst human rights violations, including widespread torture and arbitrary detention, in the run-up to and during the conflict, particularly to target minorities and suppress dissent”. The report also highlighted the history of Sri Lankan authorities persecuting individuals under terrorism related law with “various real or perceived links or associations with armed groups, and detaining for years without charge or trial, without any judicial review of their detention, and with almost no possibility of release”.

The Human Rights Commission of Sri Lanka (HRCSL), in its 2016 submission to the UN Committee against Torture, highlighted the use of torture in Sri Lanka with “torture being routinely used in all parts of the country regardless of the nature of the suspected offence for which the person is arrested.” Another study conducted by the Commission, published in December 2020, found that PTA detainees faced a continuum of violence. The study documented that “violence in police custody was found to be an inherent element of the investigation process, whereby torture is inflicted to extract information, confessions, and evidence from detainees.” The UN High Commissioner for Human Rights has called on the Sri Lankan government to establish a moratorium on the use of the PTA for new arrests until it is replaced by legislation that adheres to international best practices.

Sri Lankan authorities have a responsibility to investigate and bring to justice in fair trials anyone suspected of being responsible for human rights violations or abuses. But such actions should be in accordance with international standards of fair trial, including unrestricted access to legal counsel and trials in independent courts. These rights are guaranteed under international human rights law, binding on Sri Lanka, and in the Constitution of Sri Lanka.

Article 14 (3) of ICCPR stipulates that “In the determination of any criminal charge against him, everyone shall be entitled to the following minimum guarantees, in full equality: (a) To be informed promptly and in detail in a language which he understands of the nature and cause of the charge against him; (b) To have adequate time and facilities for the preparation of his defence and to communicate with counsel of his own choosing; (c) To be tried without undue delay”, among other rights.”