One of Southeast Asia’s most important ecosystems, Cambodia’s Prey Lang Rainforest, is under threat. In recent weeks, Prey Lang’s defenders have been threatened, arrested, and attacked. The harassment of Prey Lang’s defenders is a threat not only to the rainforest and the Indigenous peoples who live there, but also the global struggle against climate change. 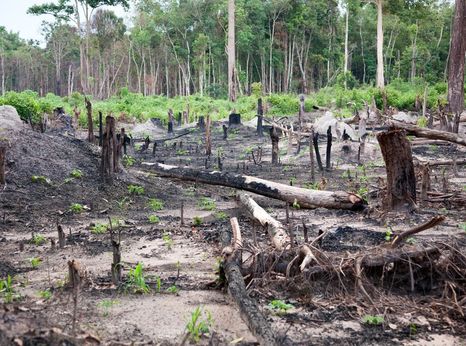 One of Southeast Asia’s most important ecosystems, Cambodia’s Prey Lang Rainforest, is under threat. In recent weeks, Prey Lang’s defenders have been threatened, arrested, and attacked. The harassment of Prey Lang’s defenders is a threat not only to the rainforest and the Indigenous peoples who live there, but also the global struggle against climate change.

Prey Lang is mainland Southeast Asia’s largest lowland evergreen forest, covering approximately 500,000 hectares and spanning four of Cambodia’s provinces. The forest is a biodiversity hotspot, which is home to many endangered species of animals and plants, making it a region of global environmental importance.

More than 250,000 people live in and around Prey Lang, most of whom identify as Indigenous Kuy. Prey Lang means “our forest” in the Kuy language, and Indigenous peoples have sustainably relied on the forest for generations. Prey Lang is a crucial part of Kuy culture and spiritual life, serving as a vital resource for Kuy people’s livelihoods. Prey Lang was designated as a Wildlife Sanctuary in 2016 and timber exports from the forest were banned.

Despite this designation, Prey Lang remains under serious threat due to rampant illegal logging. The Prey Lang Community Network have reported 41,758 hectares of forest loss between 2001 and 2018, equating to almost 10 per cent of the Prey Lang Wildlife Sanctuary. In late 2019, one of the largest companies operating in the area, Think Biotech, was subject of a joint investigation by the Cambodian Ministry of Environment and Ministry of Agriculture, Forestry and Fisheries following allegations of illegal logging in indigenous people’s ancestral forests, located outside the boundaries of the company’s land concession in Prey Lang.

The conservation of Earth’s remaining rainforests is essential to any hope of preventing catastrophic damage caused by climate change. The United Nations has stated that “[e]liminating emissions from deforestation … could reduce global net emissions by up to 30 per cent”.

PLCN – a grassroots network of mostly Indigenous forest defenders – was established in 2001 by local community members who were concerned about the devastating scale of illegal logging they were witnessing in Prey Lang. Its members are part-time volunteers, who take significant risks to patrol the forests in order to monitor and deter illegal logging and poaching. PLCN has won multiple international awards, including the UNDP Equator Initiative Prize at COP21, in Paris in 2015, and the Alexander Soros Foundation Annual Award in 2013.

Ministry of Environment officials have recently claimed that PLCN is operating illegally, because it has not registered under Cambodia’s Law on Associations and Non-Governmental Organisations (LANGO). Officials further accused the network of issuing inaccurate reports about deforestation and other forest crimes in Prey Lang. Penalties for conducting activities in the absence of registration under the LANGO include bans on activity, fines and even the criminal prosecution of members.

These threats against PLCN are the latest example of the weaponisation of the LANGO to stifle and repress independent civil society organisations and grassroots activism. The LANGO was introduced in August 2015 against a barrage of criticism from international and Cambodian human rights organisations. Prior to the law's adoption, Amnesty International called for the rejection of the LANGO, citing inconsistencies with the right to freedom of association and the potential impacts on grassroots activism.