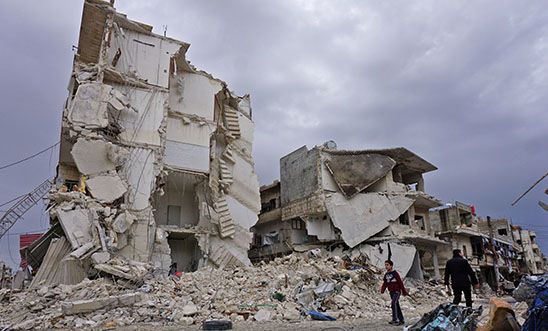 The international, impartial and independent mechanism

The mechanism was set up by the UN General Assembly in 2016 to assist in the investigation and prosecution of persons responsible for the most serious crimes under international law committed in Syria since March 2011.

Universal jurisdiction allows the courts of any state to hold trials and prosecute people for war crimes and crimes against humanity committed outside its territory. We are now seeing huge progress on this in Germany.

The International Criminal Court could prosecute perpetrators of war crimes and crimes against humanity in Syria if the situation was referred to it by the UN Security Council. But Russia and China have vetoed attempts to do this since 2014. As a result, this path to justice is essentially blocked.

There was a glimmer of of hope for accountability in December 2016 when the UN General Assembly adopted a resolution establishing the International, Impartial and Independent Mechanism (IIM) for Syria.

This investigative body aims to bring to justice those suspected of committing human rights violations or crimes under international law in Syria since March 2011. It is an opportunity to break Syria's cycle of war crimes, crimes against humanity and impunity, and send a clear message to perpetrators that they will be held accountable.

Justice and accountability are essential for any future sustainable peace in Syria. The IIIM has a key role to play and we must ensure that the UN provides it with the necessary funding, resources, powers and support.