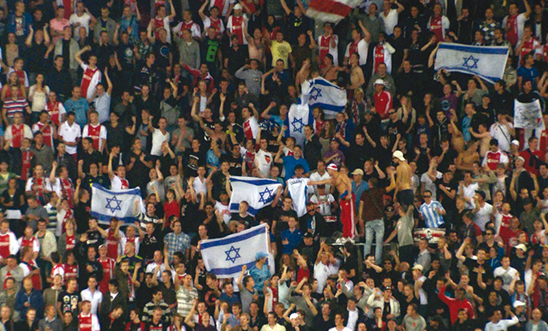 Initially troubled by these ‘Superjews’, the director sets out to investigate this curious phenomenon. Through intimate and illuminating interviews with supporters, Holocaust survivors, Ajax archivists, and former club president Uri Colonel, the film gives a fascinatingly nuanced perspective on the eponymous collective, and the director is forced to ask some searching questions.

Followed by a Q&A with director Nirit Peled.