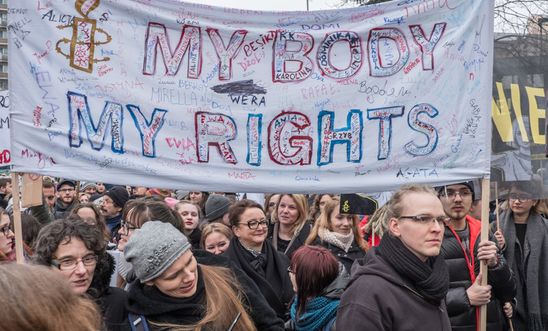 On 5 December the Slovak Parliament (National Council) rejected a bill that would have required women seeking abortions to undergo a mandatory ultrasound scanning, as well as a mandatory viewing of an ultrasound image of the embryo or the foetus. The proposal was an alarming attempt to rollback reproductive rights in Slovakia.

The original bill also prohibited “advertising” on abortion and imposed a fine of up to 66,400 Euros on those who order or spread information on it. This ban risked a chilling effect on the access to information on sexual and reproductive health – including safe and legal abortion from medical providers.

A victory for reproductive rights

Among the 150 MPs in the Slovak Parliament, only 59 voted in favour of the bill, meaning it did not meet the requirement for a simple majority of 76 votes. Twenty-four MPs voted against the bill and 40 abstained.

In a joint letter published on 18 November, more than 30 organisations, including Amnesty International, called on all Slovak MPs to reject the bill. Similarly, the Commissioner for Human Rights of the Council of Europe called for the rejection of the legislative proposal and any other legislative proposals that could limit women's access to their sexual and reproductive rights.

The outcome of the voting is a huge victory for women and for all activists who spoke out and mobilised in Slovakia and internationally against this harmful bill.

Had it been adopted, this legislation would have set a chilling precedent for Europe, severely obstructing women’s access to safe abortion care and violating Slovakia’s international human rights obligations. It would have undermined women’s privacy and autonomy and subjected them to harmful stigma, humiliation and degrading treatment.

This is a huge triumph for women and activists who spoke out and mobilised in Slovakia and internationally. We want to thank all those who took action and called on Parliamentarians to reject this harmful bill.”

No further action requested. Many thanks to all who sent appeals.