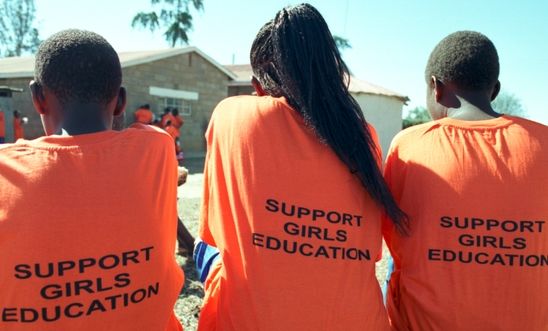 A safe house for girls threatened by FGM in Kenya. © Paula Allen

A group of women sit in a circle in the Masungbala Chiefdom, Sierra Leone. One by one, they describe how their genitals had been cut as part of rituals of initiation and the unbearable pain they were forced to endure.

Adamant that their daughters should not suffer the same treatment, most of the women say they regret ever supporting the brutal practice.

A few steps away from them, the male leaders discussed how the community could tackle this problem.

And then, what was thought impossible, happened.

While global leaders and activists met in the UK to tackle female genital mutilation (FGM) at the Girl Summit 2014 in July, communities in Sierra Leone have been taking huge leaps towards ending this horrific tradition.

After days of discussions and negotiations held at a series of workshops run by us and local organisations, the community signed a Memorandum of Understanding that bans female genital mutilation for girls under 18. Any woman over 18 has to give her consent before the procedure takes place.

Within a month of the Memorandum being signed, around 600 girls were saved from mutilation in the Masungbala Chiefdom.

What is female genital mutilation (FGM)?

Sierra Leone is one of the world’s worst offenders for FGM – 90% of women are subjected to the practice. FGM, sometimes known as ‘cutting’, involves removing all or part of the external genitalia for non-medical reasons.

Often it’s done by someone with no medical training, using knives, scissors, scalpels, pieces of glass or razors – and without anaesthetic.

Girls and women who have it done often suffer from severe pain, bleeding, shock, difficulty in passing urine, infections and sometimes even death. Many also suffer difficulties during labour, decreased sexual enjoyment and post-traumatic stress disorder.

Community leaders and members who support and practice FGM say it is necessary to protect a woman’s ‘honour’, believing that women’s sexuality must be controlled.

FGM in the UK

Despite being illegal for nearly 30 years, it’s estimated that around 170,000 women and girls in the UK have undergone the procedure.

It is still a taboo subject – even here, where the first prosecutions only came in 2014 – and well-entrenched in many societies.

At this week’s Girl Summit 2014, Prime Minister David Cameron announced new steps to combat FGM in the UK, including:

We must break the silence

This is by no means the end. There is so much more to do to wipe out this brutal tradition.

We’re working to raise awareness among targeted communities in Sierra Leone and helping them take action to fight FGM. We’re focusing on a number of human rights issues affecting the local communities.

So far, the workshops have been so positive that hundreds of communities across the country have since followed suit and banned the harmful practice.

‘It is very difficult for people to talk about these issues but as the communities have a strong tradition of dialogue, we called the community members together to discuss the dangers of female genital mutilation. It became clear that people knew they wanted to tackle the issue but did not know how to go about it. Now the process has completely changed the lives of many women and girls.’
Arun Turay, Coordinator of the Advocacy Movement Network (AMNET), who worked with us to run the workshops