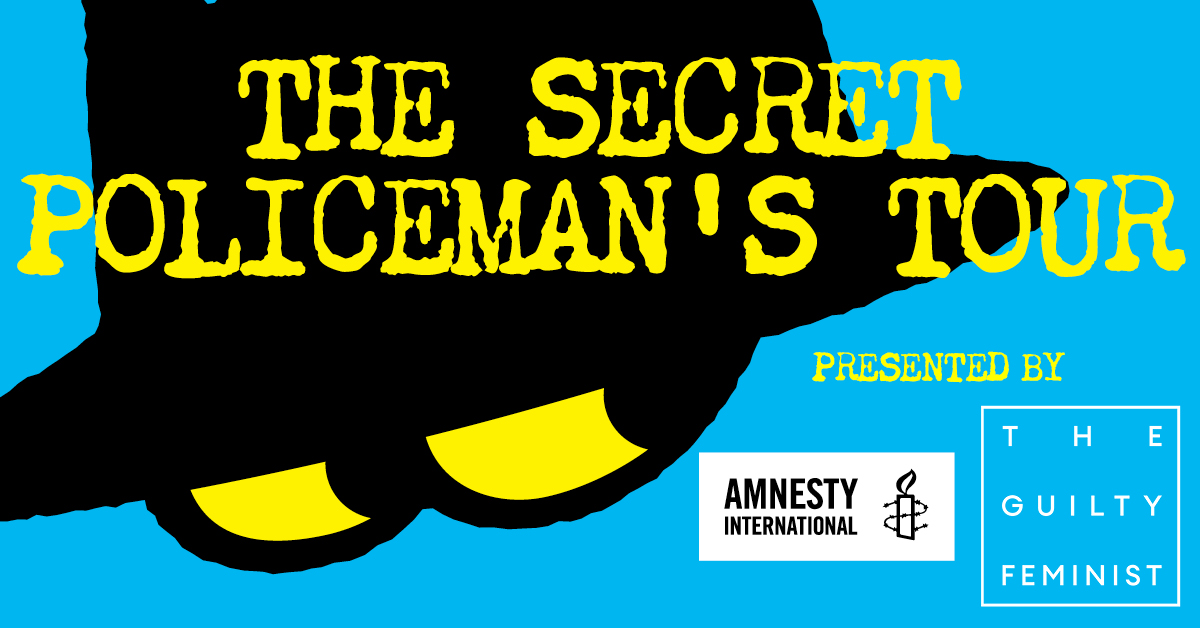 In cahoots with the sizzling Deborah Frances-White of Guilty Feminist Podcast fame, Amnesty’s revered Secret Policeman's Tour took place in three different locations across the UK this year. They were a feast of super-talent and unique line-ups for three electrifying nights of comedy, music and discussion.

All three anarchistic riotous nights for human rights are now available as podcasts.

Listen to the Manchester show!

Listen to the Edinburgh show!

Listen to the London show!

We opened the tour on Wednesday 5 June, live at the Hackney Empire. Hosted by Deborah Frances-White with special guests, including:

The next stop of the tour was at the Edinburgh Fringe on Saturday 24 August. Hosted by Deborah Frances-White with special guests, including:

The final stop on the tour was Manchester Palace Theatre on 3 December 2019.

Check out the podcast from last year here.