The right to asylum 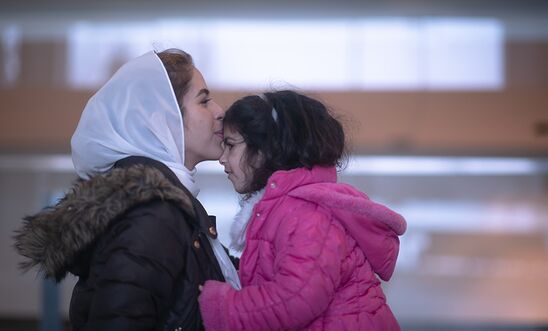 Article 14 of the 1948 Universal Declaration of Human Rights states:

Everyone has the right to seek and enjoy in other countries asylum from persecution.

The 1951 UN Convention relating to the Status of Refugees elaborates upon this right. It provides an international meaning of ‘refugee’, which is a person in another country at risk of persecution in her, his or their own country.

The Convention sets out certain basic rights of refugees that are necessary for the enjoyment of asylum. These include the right not to be returned to a place where they are at risk of persecution.

It also includes the right not to be penalised for being in or entering a country without permission where this is necessary for them to seek and receive asylum.

Providing asylum is a responsibility shared by all countries.

However, this responsibility has fallen most heavily on countries which are closer to places where there is war or political repression. These countries are often themselves among the poorer and less stable countries of the world; and several of these countries also have large populations of their own citizens who are displaced by conflict.

The UK government, for example, frequently asserts that people coming to the UK should or are required to claim asylum in other countries they have reached before arriving here.

However, there is no rule or principle in international law requiring a person to claim asylum in any particular country. Someone may wish to travel further to seek asylum where she, he or they believe they are more likely to be safe and secure. That might be for various reasons including that she, he or they have connections or family there or are not or do not feel safe somewhere else.

Seeking asylum in the UK

Home Office policy is that it will only consider claims for asylum in the UK made by people who are present in the UK at the time of making a claim. However, its rules make no provision for anyone to travel to the UK to make such a claim.

For many years, the UK Government has been steadfast in its general refusal to share responsibility for receiving and providing asylum to people forced to flee war and persecution. It lags very far behind the larger of EU countries such as France, Germany and Spain and even further behind countries such as Iran, Lebanon and Uganda in its commitment to providing a place of safety.

Because there are no safe and legal routes to the UK, many women, men and children are compelled to attempt dangerous journeys and seek the assistance of smugglers in order to exercise their right to seek and enjoy asylum in the UK.